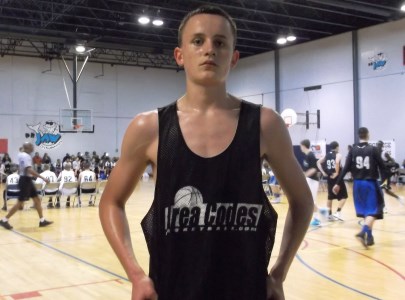 One of the elite prospects in Arizona's 2016 class is already off the recruiting board, as the first member of Arizona's talented 2016 class has pulled the trigger on his college recruitment after taking a visit to a Mountain West Conference program this weekend.

After venturing to the University of New Mexico this weekend with his family, Gilbert Christian High School's 6-foot-8 junior post Mitch Lightfoot decided that he had found his fit for the future and needed no longer to make his decision.  Lightfoot decided to give his verbal commitment to head coach Craig Neal and his staff - becoming the first 2016 prospect in the state to fall off the recruiting board.

Lightfoot stated that the Lobos' program had everything that he was looking for, and also stated that winning is important to him.

Lightfoot is regarded as one of the elite prospects in Arizona's 2016 class,  if not the top overall prospect in the class.   Lightfoot is a very nice talent with broad shoulders and a nice physical frame that should add weight very nicely over time.  In fact, Lightfoot will easily be able to add 20-30 pounds of muscle to his now thin frame over time – a fact that will take his game to a completely different level over the next 3 to 4 years.  He already possesses a strong feel for the game and a nice overall skillset, which allows him to make plays inside the post or from the perimeter, where he has developed a great deal over the past year.