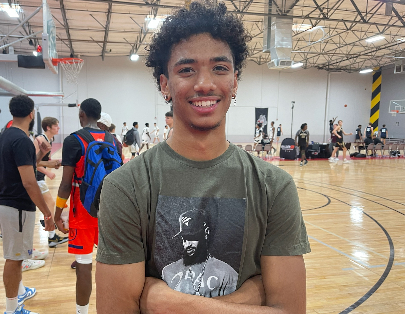 One of the top guards prospects in the country has now landed @ Dream City Christian Prep in Glendale, Arizona, and will suit up for the program this season on the Grind Session. Get ready for 6-foot-4 senior point guard Milos Uzan, as he is a very advanced, bigger guard prospect with a high basketball IQ and a very bright future ahead. While each of the top-rated prep schools in the Valley have all reloaded for the upcoming season, Uzan is a terrific addition for the Dream City Prep program.

Last season, Dream City was very talented and loaded with top-rated prospects, but when superstar 2022 prospect Shaedon Sharpe saw an end to the season early on after in injury, it really hurt their chances of winning the Grind Session title. The program did have tremendous success as Arthur Kaluma signed with Creighton University after an earlier commitment to UNLV, Jayden Nunn signed with VCU after previous commitment to Iowa State, Demari Williams signed with Arizona State University, Tyler Simon signed with Harvard University and Birima Seck signed with New Mexico - an amazing accomplishment by the program.

The program has retooled for this season and will have a host of new prospects for college programs to take a hard look at this season. Led by the addition of 6-foot-4, 180-pound senior guard Milos Uzan, the team will be in great hands this season on the Grind Session. Uzan is a tremendous addition to the program, and is one of the elite point guard prospects in the country. I evaluated Uzan throughout the spring and summer and was extremely impressed with his ability to play the game. He was one of my favorite overall prospects from last year's Full Court Press All-West Camp, where he earned Top 30 honors, and also this summer @ the Pangos All-American Camp, where he was among the top overall individual guard prospects in the event.

Uzan played for Prolific Prep last season on the Grind Session and was among the elite guard talents on the circuit. He was also the point guard this spring and summer for Dream Vision, one of the elite Adidas-sponsored programs in America, and among the elite overall programs in the country. Uzan was the floor general for the program, which had tremendous success this club season.

Rarely do you find a point guard prospect with Uzan's full package of skill-sets. He is a bigger guard prospect that sees the floor at a high level, and create plays for his teammates off the dribble. He pushes the ball up the floor and has the ball on a string. He is fundamentally sound as a guard - able to pass the ball effectively with either hand, and also lead the open man with the pass. He puts the ball right where it needs to be. He is also a deadly shooter with excellent range on his shot and a pure release on his shot. He has an excellent mid-range game as well, which allows him to operate efficiently inside the arc. A strong finisher with either hand, Uzan gets to the basket easily and loves to operate inside the key. A good rebounder from the guard position. An excellent defender with quick hands and feet, and plays passing lanes quite well. A terrific all-around guard prospect that I believe will round into an NBA player over time, as he has a true position and a high skill-set, combined with a high basketball IQ that will only develop over time.

If you have to build a team, as Dream City Christian Prep is in the process of doing this summer, there is no better player to start with more than Uzan. The thought of Uzan teaming up with ultra NBA-athlete Shaedon Sharpe this upcoming club season is scary and will be a joy to watch all season.

I will continue to follow the play and college recruitment of Uzan closely this fall, and bring you any updates as they begin to develop.