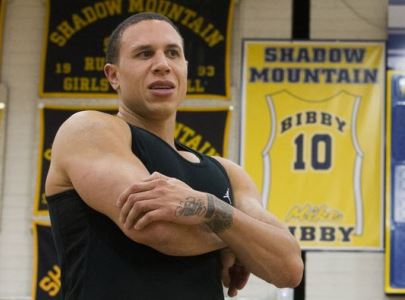 Legendary Arizona basketball product Mike Bibby is as big as it gets for basketball in the state of Arizona.  After gracing the Arizona basketball hardwood as a player in his younger years, then winning a national championship for the University of Arizona as a college superstar, Bibby returned to the state of Arizona, after a long and terrific NBA professional career, to lead his former high school program back to dominance and two Division-II state championships.

It is a rare find in today's world of professional basketball where star athletes today move on to the big stage and often forget their roots - rarely returning to the state of their development, and also very seldom offering any leadership or assistance for the future of today's youth.  Not for Mike Bibby.  Bibby has done more for Arizona's youth than anyone I have witnessed in my Arizona existence.

Bibby first returned to the state of Arizona's basketball community to organize his club program, Team Bibby, which helped many of Arizona's young boys and girls to reach college athletics.  He then took over the basketball program at his alma mater, Shadow Mountain High School - leading the basketball to two different Division-II state titles.  Mike Bibby did all of this while coaching his son, star 6-foot-2 senior point guard Michael Bibby Jr. to a very successful high school career.

Wondering if Mike Bibby only came back to help his son be successful.  He may have.  Regardless, in the process, Mike Bibby provided a large amount of Arizona's youth with a tremendous amount of quality NBA experienced leadership and experience that only  the legendary Mike Bibby and his friends and family could provide.  Over Bibby's time as a head coach for Team Bibby and Shadow Mountain HS, Bibby helped to develop some of the state's top basketball prospects.

The Team Bibby club program's consistent toughness amongst players in their program, boys and girls, contributed a great deal to their team's ability to overpower most teams, and also keeping them close in games aginst tough competition.  This toughness developed by Bibby and his close friends and familyhas been a rare find among Arizona basketball players - a welcome addition.  The Team Bibby program represented the state of Arizona nicely in national and regional competition for numerous years.

Will Mike Bibby come back next year to coach Shadow Mountain HS?  Will he continue to operate the Team Bibby club program.  It is still unclear, but whether he does or not, he has done so much already for Arizona basketball.  Thank you Mike.