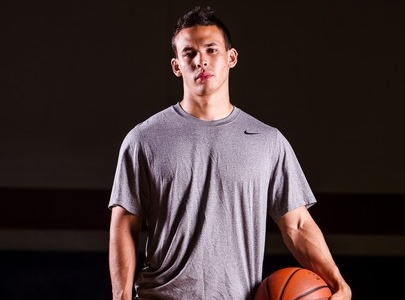 Many years ago, the state's basketball culture was much different, as there was no internet, no social media and no local rankings to get Arizona basketball prospects excited about the process.  That has all changed a great deal today, as the state's top prospects now look to read about themselves on the internet, and also watch superb highlight videos of themselves and also their favorite classmates around the country.  Much of this new found enthusiasm for the sport of basketball was created and improved by local entrepreneur Michal Clark.

Michael's development of AZ Finest Mixtape in 2013 took Arizona high school basketball to completely another level, as basketball prospects became enthusiastic about the new basketball videos that Clark produced consistently, which highlighted Arizona's top rated prospects in a format never seen before.  Clark raised the overall level of excitement in the Arizona basketball community, which has led to a serious change in the overall landscape today in Arizona basketball.  Clark's notoriety nationally and the immense fanfare he gained through producing quality videos of such top-rated national talents as Marvin Bagley, also raised the level of exposure to the country of Arizona's top basketball prospects.  As more of America followed AZ Finest Mixtape and Michael's exploits, more exposure was ultimately brought to his work, which included the state of Arizona's best prospects.

"I developed the company when I was a senior in high school," said Clark.  "I created the videos to cover my younger brother, and then it took off from there."

Clark took a love for his younger brother's games to aiding in the exposure to many of Arizona's top prospects, something I am all about and why Arizona Preps was created in 1999.  Clark then took his videos to completely another level through his love for top players and their performances.

"With video you can make every player look like they played well, even when they don't," said Clark.  "It's good and bad."

Whether a prospect played well or not, Clark helped to improve the overall awareness in the basketball community of the top prospects in the state - following the success of other national websites such as Ball Is Life.

"I wanted to do what they (Ball Is Life) were doing, and make it about Arizona's players," said Clark.

Today, AZ Finest Mixtape has thousands of followers on their website, Twitter, You Tube channel and other social media, and Clark is looking to now hire more people this high school season to create much more coverage of the state's top talent.

Clark is now also focusing on other business ventures for himself.  Clark currently operates several other businesses that are now taking off for him and his team.  Clark also recently graduated with his Bachelor's degree from Arizona State University in the spring, so he is definitely on the rise and is looking towards the future and his next opportunity in life.  Clark is very interested in sports management in his future.  Clark has developed many strong relationships with top-rated national basketball players and prospects across the country.

Whatever Clark decides to put his interest into, no doubt it will be highly successful, as this young man is a visionary.

Notes: Clark and AZ Finest Mixtape will be covering this year's 19th Annual Arizona Preps Fall Showcase on October 21st, and everyone in participation will have an opportunity to benefit from his amazing work.