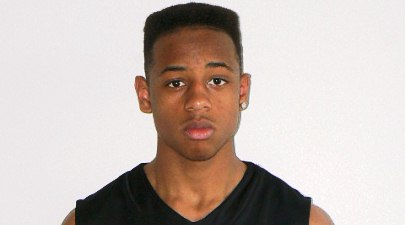 Talented and gifted 6-foot-4 junior point guard prospect Jalen Jenkins has left the state of Arizona and will move to the state of Florida for his junior season. Jenkins was regarded among the state's elite overall prospects.and a top-rated prospect in the 2015 class.
Share
Facebook Twitter LinkedIn WhatsApp Pinterest Email

In what was a very big surprise to basketball enthusiasts in the state of Arizona this summer, and in case you missed it, Mesa High School's talented and gifted 6-foot-4 junior point guard prospect Jalen Jenkins has decided to leave his high school program in an attempt to land at another academic institution in the state of Florida.

Jenkins was regarded as the state's top overall 2015 prospect last season, and would have entered the 2013-2014 high school basketball season as one of the state's elite overall prospects.  Instead, Jenkins has left the state and now Arizona will lose one of our top young prospects.  The move reportedly came about after Jenkins decided to play for an out-of-state club program, known as the I-Can All-Stars, coached by Rock Johnson.  Johnson, a long-time club coach in Los Angeles, California, is the son of former NFL legend Jim Brown, and is notoriously known for being heavily involved in the recruiting process for his club prospects.

According to sources close to the Mesa program, Jenkins' teammate, 6-foot-11 senior post Isaac Allen, also considered moving to Florida with Jenkins, but was reeled back into the Mesa program by Mesa HS head coach Shane Burcar.

Allen, who reportedly has academic issues, has seen his college recruitment really suffer as of late.  While once regarded as a possible future Top 100 prospect nationally, Allen has failed to even crack the national Top 150 in any national ranking reports.

Ultimately, in this situation where Arizona has lost a top-rated player to an out-of-state high school program, Arizona loses big time.  Basketball enthusiasts lose out on the opportunity to watch the prospect perform, the former team loses out on a talented prospect to lead their high school program, and the recruitment that would have been generated by the prospect to division-I college coaches is also lost by the state.  No one in Arizona wins in this deal.

For several years now, it has become an epidemic within the state of Arizona, as top-rated Arizona prospects have marveled at the opportunity to go out-of-state to play for high-profile club programs that have failed to deliver on their promises.  Such former top-rated prospects as Collin Woods (Horizon), Sai Tummala (Brophy Prep), TJ Burke (Marcos De Niza) and most recently, Zylan Cheatham (South Mountain HS) and Dorian Pickens (Pinnacle) each chose to take a chance with playing for a high profile club program in California, and saw their college recruitment and national regard diminish.

Only one Arizona prospect in the last 10 years has seen success from such a move - current Arizona State superstar guard and former Mesa HS graduate Jahii Carson.  I wonder why.  Carson is a future NBA first-round draft pick and a star, no matter where he goes.  For the other 99.9% of Arizona basketball prospects, playing for an out-of-state club program is an absolute disaster.  There is a strong chance that this decision will destroy a prospect's college recruitment, and, in some case, like that of Jalen Jenkins, it can ultimately destroy a high school program.

Look, there is a much bigger conversation that is needed here, but I will simply say this.  Club basketball in Arizona has become vital in aiding in the recruiting process for Arizona's best basketball talent, and even Arizona's talent that is aspiring to simply play the game and receive good competition in the spring and summer.  It is not about shoe contracts, money or any other distractions presented by the media and the NCAA.  In Arizona, these issues do not arise.  While we have 4 million people in our state, Arizona is still considered a small market to shoe companies when it comes to basketball talent.

Arizona has been and will always be a football and baseball state first and foremost.  Our state does not possess loads of division-I basketball prospects within our gymnasiums - rather, fundamentally sound prospects that shoot the basketball or very athletic and non-fundamental prospects that lack feel and an understanding of the game.

So why are club coaches from other state's knocking down the doors of our state to get our players?  In state's such as California, there are loads of club programs and many with with shoe affiliations.  As a result, these programs compete with one another for the same players, while in Arizona there is almost blood in the water.  With the success of some club programs purging players from the state, other club coaches from Southern California, Northern California and Las Vegas have followed suit.

Club coaches in Arizona and high school coaches in the state simply need to work together.  The quality club coaches that are simply looking to aid in the recruitment and development of their kids (there are many) need to develop relationships with the high school coaches in an attempt to work together for the same common goal.  If not, everyone loses.  Communication is the key.  Forget the power positions and trying to overpower one another's influence to the kid.  This is not New York or LA, and will never be.  It is just Arizona.  Every now and then we have a big-time prospect, but, for the most part, we just have some good kids looking to earn a free education.

Last season, Jenkins averaged 8.7 points and 3.2 assists per/game on a team that finished with a 25-6 overall record on the season.

It has been reported that Jenkins will attend IMG Academy in Florida.