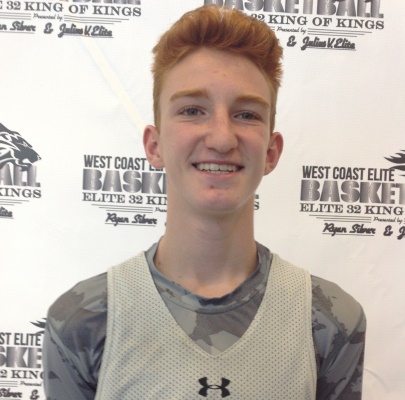 Niko Mannion and Jason Harris are regarded as two of the top 2020 prospects nationally by many national scouts and media.  This is an incredible honor for both high school prospects.

There will be a total of 32 different athletes that will have the honor of attending the 2017 USA Basketball Men’s U16 National Team training camp.  The training camp is set to tip-off June 1 at the U.S. Olympic Training Center in Colorado Springs, Colorado.  The training camp will be used to select the 12-member team that will represent the USA at the 2017 FIBA Americas U16 Championship.

The 2017 FIBA Americas U16 Championship will be held June 14-18 in Formosa, Argentina, and the top four finishing teams will qualify for the 2018 FIBA U17 World Cup.

Invitations to the training camp were issued by the USA Basketball Men’s Developmental National Team Committee.  Athletes eligible for this team must be 16 years old or younger (born on or after Jan. 1, 2001) and U.S. citizens.

“These players we invited have done very well this spring and over the past year on their high school teams,” said USA U16 National Team head coach Don Showalter, who has coached USA U16/U17 national teams to eight-straight gold medals since 2009.  “We felt they would fit in really well with what we’re looking at.  They can play different positions.  They’re really good defenders.  We’re always looking for great defenders on our team.  Each one of these players will bring something new to the table, and they’ll compete for a spot on the team.”

The 2017 FIBA Americas U16 Championship will feature eight national teams from North, South and Central America and the Caribbean.

As of March 1, 2017, 13 of the 48 former USA U16 National Team members were under contract in the NBA, four were competing professionally in international leagues, 20 were competing in the NCAA and 11 were still in high school.