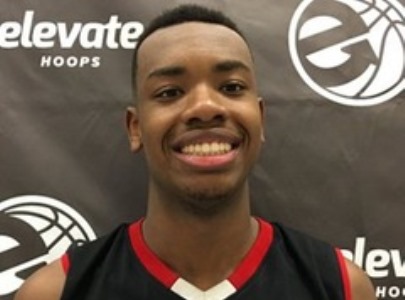 After receiving loads of college interest during the spring and summer months on the aau/club circuit, Dysart High School's 2016 graduate, 6-foot-10 post Malik Ondigo decided to play through the summer and benefited a great deal.  After mulling over his many recruiting options and offers, Ondigo has decided on a prep school for the 2016-2017 season.

After thinking over whether to sign with a division-I program this fall or attend a prep school for a post-graduate year, in an attempt to get stronger physically in preparation for the division-I ranks, Ondigo has decided to attend Putnam Science Prep Academy (CT) - a private all boys boarding school located in Connecticut.  A national prep school, Putname Science is loaded with basketball talent and rated as one of the elite prep programs in the country.

Ondigo will attend the school this fall and for one year - looking to make his college decision in the spring.

While playing for the Arizona Power-Factory 17U team coached by Desert Vista HS head coach Gino Crump, Ondigo blossomed and caught the eye of numerous college coaches with his play.  As a result, he received offers from such schools as Washington State, Purdue, Memphis, Texas Tech, Wyoming and Kansas State, just to name a few.

Since the beginning, Ondigo has planned to take a post-graduate year to develop much more physically and to catch up in age.  Still only 17 years of age, a post graduate year would do Ondigo very well, as he could mature much more physically and also mentally for the collegiate level - a perfect reason for a post-grad year and the true reason the NCAA allows for such a possible action.

Ondigo blossomed this spring, after a spring and summer (2015) last year where he struggled somewhat due to tendinitis in his knees, as a result of his immense physical growth.  Last club season, Ondigo struggled running the floor like normal and did not have his normal lift off the ground.  This club season, now much more athletic and active around the post, and able to run the floor like his normal self, Ondigo looked impressive.

We will continue to follow Ondigo's college recruitment closely, and bring you any updates as they continue to develop.