Salpointe Catholic 6-foot-5 superb rising sophomore wing prospect Majok Deng has quickly developed this spring into one of the elite 2019 prospects in the country.  As a result of Deng's performance this spring, many college coaches, scouts and media are quickly taking strong notice of him as a big-time talent for the future.

Last week, Deng received an ultimate honor from ESPN when he was selected among the top 5 players regionally in the class - a #4 overall ranking in the ESPN 100, and an amazing honor for an Arizona prospect.

Deng has yet to receive any high major scholarship offers, but, trust me, they are coming in a big way!  Deng currently possesses offers from Grand Canyon University and Weber State University.  Deng previously received a scholarship offer from the University of San Francisco, before the previous staff was released of their duties.

Deng is fresh off a terrific performance this spring in leading his dominant Powerhouse Hoops 15U club program to an amazing 27-1 overall record this spring, and a 15U tournament championship at the recent West Coast Elite Spring Classic in Las Vegas.

While it is still very early for this class of 2019 prospects, Deng has already proven to be one of the elite prospects in the class.  This young man has a very bright future ahead of him and I look forward to watching him play over the next three years.  Look for many more scholarship offers to come this young man's way, as more college coaches get an opportunity to watch him play.

Arizona Hoop Review Scouting Report:  Deng is a special young talent in the state, and has a unique ability to play the game - possessing a high motor that allows him to outplay his competition consistently.  Deng is a high-major athlete with a serious motor on both ends of the floor.  He is very active on both ends of the court and plays with excellent confidence - his best attributes as a player.  Deng is a very good slasher and open court player, and is difficult for opposing defenders to keep off the glass.  He is a mis-match for defenders at this point in his young career, as he is able to play inside and out.  Deng is also a very good shooter with range on his shot, but likes to operate from mid-range where he is able to go around defenders and make plays around the paint.  He is fundamentally sound and is a very good ball handler and passer.  An excellent teammate, as he plays with wreckless abandon and is a winner.  Deng is also a lock-down defender - his best attribute as a player.  A big-time prospect for the future, and as good a prospect as I have ever seen in the state as this age. 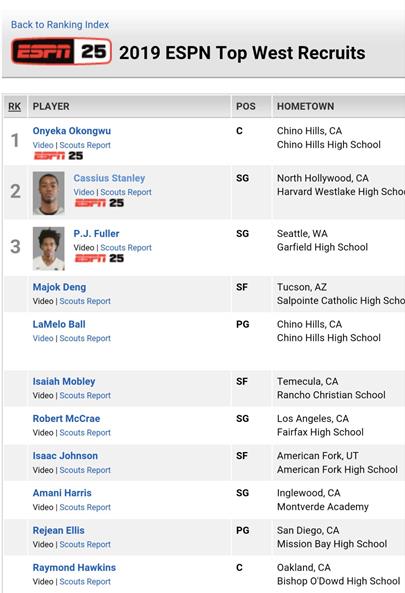