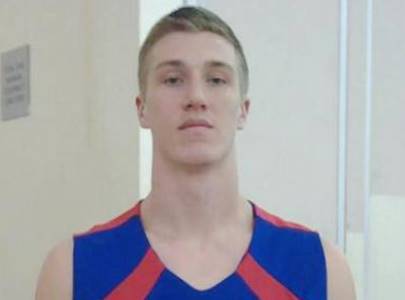 Arizona State 2014 commit, Corona Del Sol High School transfer Connor MacDougall is again showing the potential as a college prospect that forced the Sun Devils to utilize a scholarship for their 2014 class on the strong low-post talent.  MacDougall gave an early pledge to the Sun Devils in the fall of 2012, after he decided that he wanted to stay home and play for the developing PAC-12 program.

MacDougall had transferred to Westwind Prep Academy as a junior, after leaving Desert Vista HS after two years at the school.  MacDougall improved as a player and as a college prospect a great deal in less than a year at Westwind Prep – enough to land him a scholarship offer from the Arizona State Sun Devils in the fall.

MacDougall is currently rated among the top post prospects in the West for the 2014 class, but did not play up to his potential this spring while playing for his new club program, Arizona Power Black.  While playing for a loaded team of 2014 college prospects with the Power this spring, MacDougall's play was up and down, although he finished the spring with strong performances at the Area Codes Elite 8, a tournament in which his team won, and also at the Pangos All-American Camp.

Recently, MacDougall played his best basketball in the Prime-Time Tournament at Highland High School - an 8-team tournament which showcased many of the state's top high school programs.  Organized by valley basketball aficionado Marc Beasley, MacDougall was selected as the tournament's Most Valuable Player.

MacDougall is a very strong low-post prospect with a college-ready body.  He is a dominant force on the glass on both ends and rebounds outside of his area.  He is very active around the glass and is a strong finisher around the basket.  He has developed his ability to shoot the basketball out to 15 feet, and has a very good jump hook inside the paint.  He runs the floor very well and is a good finisher in transition.  He has good low-post footwork and a good overall feel for the game inside the post, where he is able to find the open man on the floor when he feels defensive pressure.

MacDougall is a very good find for the Sun Devils and should have a solid career for the PAC-12 program.  With continued hard work, this young man should have a big July performance and also help the Aztecs raise another championship banner next season.

Arizona Hoop Review Scouting Report:  MacDougall looks as a high-major post player should look physically and he has the athleticism and toughness to go with it.  MacDougall runs the floor very well for his size and is a strong finisher on the low block.  He does not shy away from physical contact.  In fact, he relishes it and he uses his large physical frame to gain good inside post position and make plays inside the painted area.  A good scorer on the low block with a soft touch out to 15-18 feet.  Plays like a big and enjoys scoring around the basket.  Also a strong rebounder and a capapble shotblocker, MacDougall is capable of playing either the 4 or 5 positions on the floor.  Has some upside still as a player and is still growing.  An excellent post prospect.  Committed to the Arizona State Sun Devils.