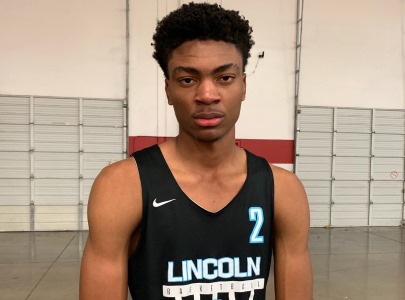 What made this year's event especially attractive was the addition of some serious out-of-state flavor as Lincoln Prep Academy (GA) ventured to the state for this year's event.  The program is absolutely loaded with talent and went undefeated in this year's event.  Led by the superb play of 6-foot-9 senior wing Elias King, a former commit to Xavier, the team was very strong, and King was the catalyst with his exceptional length, athleticism and ability to make plays.

As a result of his strong performance in the event, King has been selected as this year's Tournament Most Valuable Player (MVP) of the Prep School Division in the event.  In the event, prep schools competed with one another, and high school programs competed against one another in their own division.

King proved that he is definitely one of the elite prospects in America, as he is a rare find among today's basketball prospects - possessing unique size at 6-9 and nice length and athleticism, combined with a superb skillset.  He is a tremendous talent and will be a highly sought after recruiting target for division-I programs this spring.

Now back on the recruiting table after decommitting from Xavier, King now possesses offers from Northeastern and Santa Barbara, but I expect that list to now grow considerably after his performance in this past weekend's event.  King is a definite high-major division-I prospect that will have a big senior season this year amidst strong competition.  Sky is the limit for King and college programs will need to get in position to land him immediately.

King is also a fine young man with a nice personality and is extremely coachable - adding to his nice overall repertoire as a player.  I really enjoyed watching this young perform this weekend and look forward to following him this high school season.

Congratulations to King and the Lincoln Academy program on this honor and his performance this weekend, and good luck to both of them this high school season.