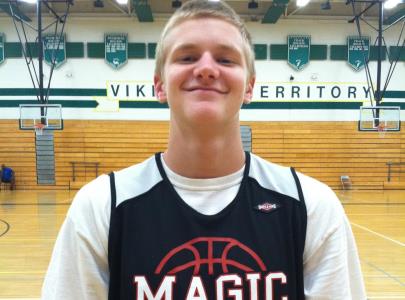 Las Vegas, Nevada is now the home of the majority of the nation's club programs, as hundreds of club teams from around the country have ventured to Vegas to compete in the final evaluation period of the month.  The month of July has been a very busy month for the nation's top prospects, as players have competed at a high level in numerous events for three consecutive weeks.  While it has been a tiresome experience for all parties involved - players, parents, club coaches and college coaches, the experience has also been very enjoyable.  There is no other time of the year for Arizona prospects to get the level of consistent competition that players experience during the July evaluation period, while also having an opportunity to raise the level of recruitment for a college prospect.

For some players, this evaluation period can be very beneficial as the recruiting steam picks up significantly, while for other prospects the realization begins to set in that their college recruitment is not what they thought it might be.  Either way, this is where the rubber meets the road - the finale for the nation's top prospects looking to make a clear stamp on their local, regional or national reputation.

For Sunnyslope's rapidly developing 6-foot-10 senior post Michael Humphrey, the July evaluation period has been a complete whirlwind as the talented post prospect has completely blown up.  I have not seen an Arizona product reach such recruiting heigths since Jerryd Bayless (Memphis Grizzlies-NBA) graced the Arizona hardwood.  What is crazy about this situation is that Bayless was a household name locally and nationally.  Humphrey, on the other hand, is a prospect that many in the state of Arizona still do not know.

Since leaving the annual Reebok Breakout Camp in Philly, Humphrey has seen his college recruitment soar with numerous high-major division-I offers.  Humhrey's games with his club program, the Arizona Magic Elite, have been a circus as more than a hundred college coaches have attended his games.  At Thursday's first game in the Fab 48 event at Bishop Gorman High School, there were close to 150 college coaches and loads of scouts and media in observation of Humphrey.  Head coaches from numerous college programs were in attendance, including Sean Miller (Arizona), Kevin Stallings (Vanderbilt), Herb Sendek (Arizona State) and Johnny Dawkins (Stanford).

I have received word that Louisville head coach Rick Pitino and assistant coaches from Duke University will be now following Humphrey for the remainder of the event.

If Humphrey can continue this recruiting pace, he could become a strong candidate for the 2014 McDonald's All-American game for the West.  Unreal right?  Anything can happen in July, is all I can think of.

Westwind Prep head coach and Director of Basketball Operations Jeff De Laveaga continues to get it done in a big way.  Leading his club program, the Arizona Magic Pump N Run-2014, the team has continued their winning ways this club season - winning their pool with a 3-0 finish in the Adidas Super 64.  Along the way, the team defeated a talented and strong Dallas Mustangs (TX) program on Thursday, and then won their final pool game on Friday morning in fine fashion.  Led by the play of talented and athletic 6-foot-8 senior forward Zylan Cheatham, 6-foot-3 senior guard Tate De Laveaga (Northern Arizona commit), Catalina Foothills HS 6-foot-4 senior guard Austin Nehls and Desert Mountain HS 6-foot senior guard Rolando Rhymes, the team is running on all cylinders.

Tate De Laveaga has developed into an absolute steal for Northern Arizona head coach Jack Murphy, as the tough and talented guard prospect has raised his level of play all spring and summer.  De Laveaga has made many big shots and has proved that he has the body and size to make an immediate impact in the Big Sky Conference.  Nehls has developed into one of the state's best sleeper prospects and is now receiving division-I interest.  Cheatham has regained the form that he had in the spring and is also becoming a possible McDonald's All-American candidate, while Rhymes earned his first division-I scholarship offer on Thursday from Binghampton University.

This team is playing their best basketball of the summer currently and could make some serious noise down the stretch in the Adidas Super 64, as they begin bracket play on Friday afternoon.