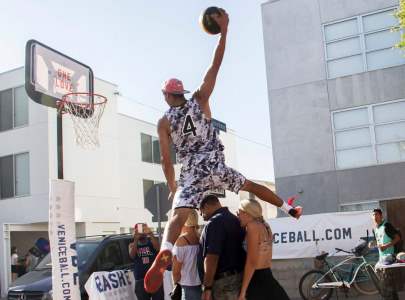 One of the most athletic junior college talents in the country has had to overcome a lot of diversity for himself.  After academic issues and a troubled past, the gifted 6-foot-7 sophomore forward Kwintin Williams has seriously improved his academic resume, and is now on pace to graduate.  As a result, many college programs are now in pursuit of Williams.  He will take his first official recruiting visit this weekend to a program in the Big-West Conference.

Head coach Reggie Theus and his staff will look to reel in the athletic forward.  Williams advised me that he is also receiving strong interest from Texas Christian (TCU), Washington State, UNLV, Arizona State, Texas Tech, Kansas State, Memphis, Minnesota, Portland State and Tennessee State currently.  He plans to set up and take several more official recruiting visits after his visit this weekend.

"I have really worked hard to get into this position," said Williams.  "I can't make a mistake, so I want to give myself options."

"I want to prove everyone wrong about me," said Williams.  "I am very intense on the court, and that can rub people the wrong way.  I made some mistakes in the past, but people will see that I work super hard and I am on a mission."

"It was a very tough year for me," said Williams.  "Not playing this season was rough, but I learned a lot about myself and I matured a lot.  I had to do everything myself, but I managed.  It will make it that much sweeter."

Williams also advised me that he is in no rush to make a college decision, but he is just focused on making the right decision for himself.

"It is tough, because I am so hungry to find a good fit," said Williams.  "I am sure I will know, when it is right."