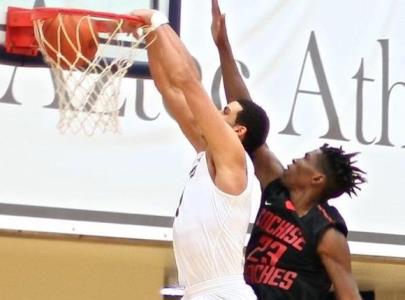 While he has seen his share of college recruitment over the past year, college coaches have been reluctant to extend a scholarship offer to 6-foot-7 sophomore forward Kwintin Williams.  After recently putting himself in a position to qualify academy from the junior college ranks, many college programs are now taking serious notice of Williams.  This week he received a scholarship offer from a rising program in the Big-12 Conference.

After taking an official recruiting visit last weekend to Cal-State Northridge, this week Williams received an offer from Texas Christian University (TCU) and their basketball staff.

Williams advised me that he is excited about the offer and plans to schedule a visit to TCU and several other schools in the coming weeks.  He currently has no leader, but he is hopeful that he will find the right fit for himself.

Williams also advised that me that really enjoyed his visit to Cal-State Northridge, and that he really likes the idea of playing for former NBA star, head coach Reggie Theus.

"Coach (Jeff) Theiler has really done an excellent job in recruiting me," said Williams.  "They want me to play for them immediately.  I really like that idea and feel like I can go there and be an impact player."