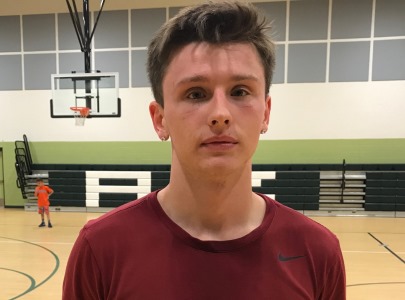 While players traditionally in the Canyon Athletic Association (CAA) have gone almost unnoticed by college coaches, Graham is definitely a victim of being overlooked by college coaches, as he was the best player in his division, but has yet to reel in any serious college attention.  Rather than become discouraged, Graham has turned up the dial on his work ethic and has trained diligently to improve his skillset for the next level.

This past season, Graham averaged 17 points, 12 assists, 9 rebounds, 4 steals and 3 blocks per/game on the season.

As a player, Graham is a combo-guard, as a result of his ability to shoot the basketball, but he is at his best as a point guard, since he has a nice handle of the basketball and sees the floor very well.  Graham has a very good feel for the game, and smoothness to the way he approaches the sport.  He pushes the basketball up the floor with the pass and likes to get others involved.  His best years are definitely well ahead of him, as he matures as a player and plays against better competition consistently.

Graham has good size for the guard position, which will suit him nicely over time at the college level.  He still needs to get quicker defensively, but he has a good understanding of defensive principles on the court, making him a good team defender.  Continued work in this area will benefit him a great deal at the collegiate level.

Graham has a good ability to create off the dribble as well - capable of developing his own shot.  He is a solid finisher in the lane.  He will need to also focus on this area of his game to develop over time.

Currently, Graham is hearing from Adams State University and several local junior colleges.  The junior college route would suit him nicely, as it will give him time to develop some more, and also play against better competition daily to raise his overall game and play.

Without going into details, this young man has overcome many obstacles in his life to get to where he is now, and he has shown extreme dedication to his future and to the sport of basketball in the short time I have known him.  Regardless of the direction he goes, he is a leader and will benefit any program that gives him a chance. The future looks very bright for Graham.