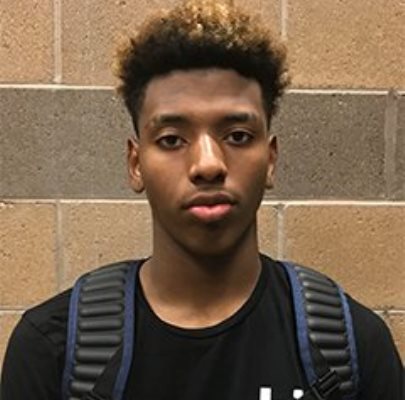 While college coaches are out this July searching for top-rated talent to recruit in the 2019 class, they will also be searching for top-rated talent in the younger classes as well.  One younger prospect that coaches will be taking a hard look at will be Rancho Solano Prep High School's ultra-athletic 6-foot-4 rising junior guard Kiimani Holt.  Holt is a tremendous athletic talent and last weekend he received his first scholarship offer.

With no offers on the table for himself at the time, Holt received his first scholarship offer while taking part in the Under Armour event in Atlanta, Georgia.  While playing for his Powerhouse Hoops 16U program, Holt earned an offer from Portland State University assistant coach Jase Coburn while playing in the event.

The offer is Holt's first offer to date, but his promise as a college prospect suggests that he should only continue to generate much more recruiting interest over time.  Holt is a big-time athlete and plays well above the rim - an attractive aspect of his game.  Holt is a mature prospect that looks to be well beyond his years as a player and as a college prospect.  As he gains more consistency on his perimeter shooting stroke, he will see his entire game open up, which will suit him nicely over time in his ability to produce at a high level.

Holt has had a very good July performance up to this point, after a strong performance in June with his high school program.  Holt will continue to travel this July with his club program, and look to generate much more recruiting interest for himself in preparation for his junior season.

I will continue to follow the recruitment of Holt closely and bring you any updates as they continue to develop.

Arizona Hoop Review Scouting Report:  Holt proved that he is among the very elite athletes in the West.  He was amazing in the event - showcasing an ability to dunk the basketball over, around and through defenders.  He has an explosive first step and gets off the ground quickly and finishes very strong at the rim.  An excellent slasher and open court player that is capable of bringing the crowd to their feet at any point in the game.  A very good mid-range shooter that has range on his shot, but is at his best when attacking the basket or pulling up from mid-range.  A good ball handler.  An OK passer.  A very good defender that plays passing lanes.  Has a very bright future ahead of him and will become one of the better recruiting targets in the class quickly.