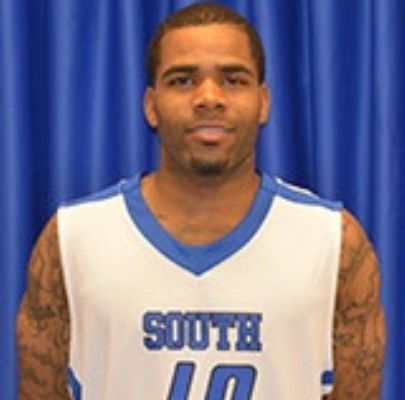 Glendale Junior College has the best line-up of former players as college coaches probably in the country, led by head coach Damin Lopez.  This group of talented coaches and former players could not hold off a surging South Mountain ball club on the road on Saturday afternoon though, as the conference's leading scorer, 5-foot-9 sophomore guard Kevin Kelly, scored 26 points to lead his team to a come-from-behind 79-70 victory at home on Saturday afternoon.

Glendale would lead at halftime, 36-32, behind the play of 6-foot-5 sophomore guard Emery Range and 6-foot-6 sophomore wing Vomba Donzo.  Glendale would frustrate South Mountain at home in the first half, while they would fast-break consistently and convert numerous shots to take a first half lead.

Led by the superb and tough, hard-nosed play of Kevin Kelly, South Mountain would storm back in the game, as Glendale would be held to a dismal 35.5% from the field and 16.7% from three-point distance in the second half.  After scoring a mere 4 points in the first half, Kelly would score 22 of his game-high 26 points in the second.

Kelly, playing with a fractured finger, would ignite his team with numerous strong drives to the basket and an impressive two-handed dunk on the break.  Kelly is an absolute beast for his size and he plays as hard as any player you will see.  He will have a huge sophomore season, as this South Mountain ball club will fight Phoenix College hard this season for the Division-II title.

Glendale JC would be led by Emery Range with a team-high 21 points 4 rebounds and Vombo Donzo with 14 points and 6 rebounds.  6-foot-4 freshman forward Terence Yarbrough also finished with a double-double - 10 points and 15 rebounds in the loss.

Glendale JC 6-foot-5 sophomore guard Emery Range is a nice find for a smaller college program looking for a bigger guard prospect with a nice handle of the basketball and a good overall feel for the game.

Glendale JC 6-foot-7 sophomore wing Vamba Donzo has really improved over the past two years as a player.  Formerly a loose cannon with suspect shot selection, this young man has now developed nicely and played his best game I have seen him play on Saturday afternoon.  A long, atheltic wing prospect with a nice shooting stroke and a good handle of the basketball.  An intriguing prospect.