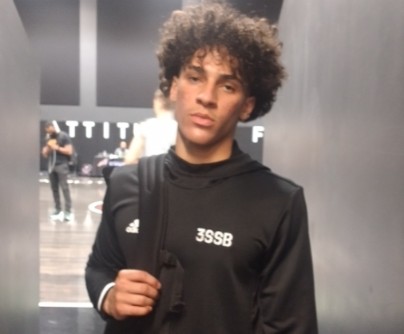 The top available prospect still remaining in Arizona's 2021 Class of prospects is Eduprize Prep's gifted 6-foot-1 senior point guard Justus Jackson. Jackson went into his junior season as one of the hottest prospects in the class, possessing numerous Division-I offers for himself, and was absolutely on the rise in his college recruitment. After a changing schools for his senior season, and having an excellent senior campaign for Eduprize Prep, Jackson is now mulling over his recruiting options for his future.

With numerous options on the table to consider, of course, Jackson would like to accept the best offer for himself at the collegiate level for next fall, but his options for Division-I basketball are dwindling currently, although more recruitment opportunities could come about over the summer, as college programs are looking to still build their programs for next season.

Last weekend, Jackson took an official recruiting visit to the University of San Francisco, but did not give a commitment to the program. Instead he is still thinking things over and deciding what he wants to do. Jackson is considering playing through the summer, but also a post-graduate year or even attending a junior college. He has some excellent options for himself still, as whomever lands this young man, will be getting an excellent guard prospect with tremendous athleticism and poise on the basketball court.

Jackson is a rare find among guard prospects in the sport, as he plays with a superb level of self-confidence in himself, and is able to do just about anything that he wants, and even when he wants to. He can get to anywhere he wants to on the floor, and make plays happen at a high level. As he matures as a player, he will go to another level at some point, and will reach new heights as a leader and producer, which is why his game and level of talent translates to any level of college basketball. He has the athleticism and skill-set to play at any level, and also has a true position, which will make that possible for him.

I will continue to watch Jackson's college recruitment closely, and bring you any recruiting updates as they continue to develop.