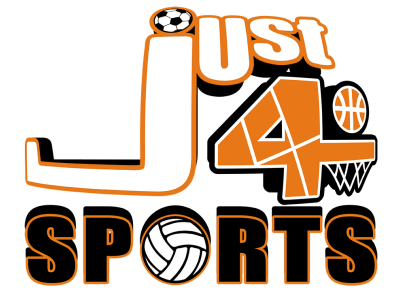 Just4 Sports is the premier provider of youth basketball in the state of Arizona, and has for many years. Led by Arizona basketball guru Justin Peterson, who has operated events, leagues and camps for Arizona's youth for more than 30+ years, the organization provides major events, leagues, tournaments, camps and now also training for Arizona's top and developing young prospects.

Recently, Justin and his organization acquired a basketball gymnasium in the East Valley, and now operate out of the gym, where they operate their leagues for the youth, camps and training, in conjuction with their partnership with former women's Arizona star basketball product Monique Bribiescas. Bribiescas operates a training business known as "Mo Ballin Basketball Training," which is one of the best individual skill trainings in the valley. Together, Peterson and Bribiescas purchased the game that is now known as "The LAB."

Weekly, the LAB is now known for hosting an excellent basketball league for youth each week under their "Just4 Hoopin" umbrella. The league is intense with advanced youth basketball action in many different age groups, and it has been my pleasure to watch the league each week, as many of the state's top younger prospects look to build on their journeys to develop as top young prospects. The leagues are very organized, include excellent coaching and development and an intense playing atmosphere that really benefits the participants and parents observing.

Justin Peterson has done a lot in the state of Arizona in basketball, and is really responsible for helping to develop the overall basketball culture in Arizona, and over a very long span of time that has spanned more than 30 years in the valley. I first remember meeting Justin in 1995, when I first started and he was already well into operating events and leagues for Arizona's youth. That was 25 years ago and he still operates with the same vigor today that he had many years ago - working extremely hard daily to continue to provide opportunities.

Peterson worked for 30 amazing years with Arizona Basketball Congress International (BCI), once the premier basketball tournament in the country in the 1970's and 1980's. Peterson was instrumental in organizing BCI events in Arizona for a long period of time, which brought the majority of the nation's elite basketball talent to the valley for many years annually. Peterson's extreme work with the BCI set the stage for an Arizona basketball culture that has developed into what it is today.

Recently, Peterson's biggest accomplishments have included the former colossal recruiting and exposure event that he and national basketball scout Jeff Schneider developed in 2009, The Desert Duel. The event was the best single exposure event that I have witnessed in the state, since the the previous Cactus Classic, operated by Jim Storrey at the University of Arizona. The event featured the nation's very elite club/AAU programs and attracted every college program in America to Mesquite High School in Gilbert.

Peteron also helped to bring the highly-acclaimed Hoop Hall West national event to the state of Arizona in conjunction with the Naismith Memorial Basketball Hall of Fame. This annual event held at Chaparral High School has been epic in it's exposure to the national basketball community (televised on ESPN), and has featured the nation's best basketball talent and teams, which also has added some serious luster to the Arizona basketball culture, as this event annually brings the top evaluators, media and college coaches to the state annually as well.

Just4Hoopin also partners with non-profit agencies and community volunteers to offer DRILZ & SKILZ. This basic four-week “clinic” style program is delivered during out-of-school hours to youth living in or out of home care. The goal is to engage youth in positive developmental activities that will help them find the best in themselves and discover their passion. Each week, kids engage in two-hour clinics teaching them the fundamentals of one of four different sports: Basketball, football, baseball and soccer. (DRILZ & SKILZ) provides an avenue for all interested youth to utilize sports as a means to keeping kids off the streets, staying healthy and finding their passion. Play safe. Be safe.

If you are in a gym during the weekend, competing in a basketball tournament or a league, you will usually find a little guy with the big smile standing in the gym, Justin Peterson. Peterson continues to make it happen in the state of Arizona, and we are thankful to him for his many years of service and hard work in building an Arizona basketball culture that we can be proud of. But there is still a lot of work left to do, and Peterson will continue to be instrumental in raising the level of basketball in the state.

For more information about what Justin Peterson and the Just4 Sports organization is doing, please go to their website for weekly updates - https://www.just4hoopin.org/