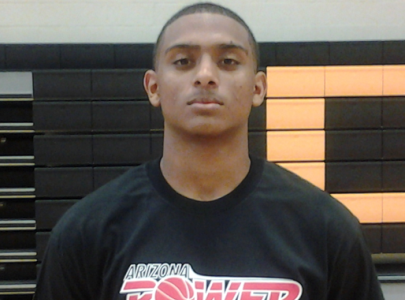 While our Arizona Preps' staff spent last week in Philadelphia at the Reebok Breakout Camp, there was also a lot of basketball being played in Southern California at the Double Pump Tip-Off Classic, the Fullcourt Press All-West Showcase and also the Pangos Sweet 16 tournaments. Each event gave college coaches, regional scouts and media and opportunity to see some of the top talent in the West early in the July evaluation period.

Many of Arizona's top-rated prospects were in participation last week in each of these three events. Here are some of the top Arizona prospects that have helped themselves early this July.

Tucson Amphitheater High School's skilled 5-foot-9 senior point guard Yusef Shehata is playing his best basketball of his young career. The skilled, left-handed point guard prospect is shooting the basketball with confidence and making better decisions with the basketball - proving that he can effectively run a team. Shehata led his club program, the Arizona Magic Elite to a strong finish in the Pangos Sweet 16 without the services of two of the team's top prospects - Michael Humphrey and Andre Adams. Shehata is a quick and strong defender, his best asset, and he is now hearing from such programs as San Diego, Santa Clara, Loyola Marymount, New Hampshire, Cornell and Brown University.

Grand Canyon High School's developing 6-foot-6 senior forward Joey Bankston continues to play well, and has raised his level of understanding of the game over time. While being an exceptional athlete, Bankston has proven that he can knock down the perimeter jump shot consistently and also has become a much better passer of the basketball. He is a high-energy guy that plays with a purpose and seems to always be enjoying his craft. Bankston is a valuable asset to any team, since he plays with a great attitude on and off the floor and should continue to improve a great deal, as he has some upside. While Bankston is not a big-time division-I talent, he will make a smaller college program proud - whether at the low-major division-I level or at a high-level division-II program.

Cienega High School's talented and gifted two-sport star athlete, 6-foot-3, 190-pound junior guard prospect Terrence Johnson is developing nicely - coming off a very strong spring performance for himself. While playing for his club program, the Arizona Power Black 16U, Johnson has seen his game develop a great deal over the past year. No longer is Johnson just a freak athlete. Johnson is now a sharp-shooting guard prospect that is shooting the basketball at a high clip the last several times I have seen him play. He has developed the range on his shot, and is now able to score the basketball from deep three-point range or off the dribble from mid-range and around the basket.

This young prospect is among the state's top 2015 prospects, and he currently has scholarship offers already from Weber State, Northern Arizona and Northern Colorado. This young man's play is definitely trending in the right direction.  Johnson is also a star football prospect that could play both sports in college if desired.

The city of Tucson in Arizona has always been known for producing quality basketball talent. While not a lot of it, the prospects that do develop in Tucson often have a good level of toughness and love the game of basketball; especially since the powerhouse basketball program at the University of Arizona is right down the street to and gives prospects something to compare to. With Terrance Johnson among the state's top young prospects, Empire High School is the home of another talented prospect in the same class, as 6-foot-7 junior forward Deion James is beginning to make some noise for himself with regional scouts and media.

The talented and versatile forward prospect has excellent size already, and still looks to be growing. While James played in the spring with the Arizona Power, he now looks to be playing in July for the Arizona Stars. James had a very good showing last week and caught the attention of several regional scouts as a result. He is an athletic forward prospect that is capable of playing both forward positions on the floor, but seems to be at his best as a stretch four, as he is a good low post threat that uses his body well and has good footwork. He is also able to step outside and shoot the basketball with some consistency. He will need to continue to develop his quickness on the perimeter and range on his shot to make the transition to a small forward complete. James is currently rated among our top overall prospects in Arizona's 2015 class, and could begin to generate some serious recruiting attention very soon, as college coaches begin to start taking a closer look at the junior class. A top-rated talent that I will be looking to watch play over the next two weeks.

Gilbert Christian HS 6-foot-3 sophomore guard Cameron Satterwhite is as talented a prospect as there currently is in the 2016 class. Satterwhite came up big this year as a freshman prospect - helping lead his high school program to another state championship. In the process, Satterwhite gained valuable confidence and he has carried that confidence over to the July AAU/club circuit. Satterwhite is a talented and gifted athlete with a long, rangy body and excellent quickness and anticipation for his youthful age. He plays with excellent energy and confidence and has some qualities that you cannot teach as a player. Satterwhite recently earned his first scholarship offer from Northern Arizona, which should be the first of many over time.

Another gifted 2016 prospect, Corona Del Sol's 6-foot-3 sophomore guard Tyrell Henderson is turning in strong play for himself this July. This skilled guard prospect is among the elite talents in Arizona's 2016 class. While he did not see much action as a freshman on last year's Division-I state championship team at Corona (as his team was loaded with much older talent); this young man will play a much bigger role for head coach Sam Duane this season. As for now, Henderson is honing his skills on the club circuit, and he is proving that he is also worthy of serious recruiting attention early. Henderson is athletic, but he plays the game the right way and knows how to play - something many younger players today do not possess. Henderson also has earned himself his first offer from Northern Arizona recently.

Future 2017 stud prospect, 5-foot-9 incoming freshman Markus Howard is a future superstar, as I first wrote last summer when Howard impressed college coaches while playing for Jeff De Laveaga on his 16U team as a 8th grader. Now playing for the Arizona Power Black 16U team, and not having played a high school game yet, Howard continues to impress with his highly developed ability to play the game of basketball. Howard has an excellent handle, jump shot with range and superior quickness off the dribble - capable of getting his shot whenever he wants to. As a result, shot selection for him can be questionable at times, but why wouldn't it be, as he is still so young and is so talented a prospect. Howard has grown physically over the past year, so I still wonder just how much he will grow in stature. Regardless of how much he does grow physically, this young man is a future high-major division-I prospect and an elite level talent in America's 2017 class.

Recruiting Notes: I will be traveling this week to Southern California with the Arizona Preps' staff to catch this year's Double Pump Best of Summer Tournament, which will feature many of Arizona's top club teams. I will be bringing you reports daily of Arizona's top performers and prospects.