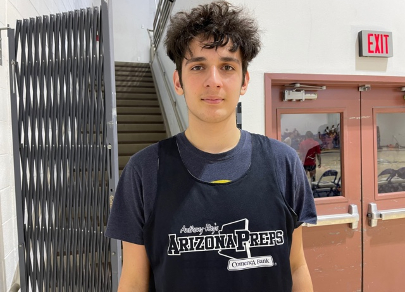 The state of Arizona is absolutely loaded with Division-I talent these days, as more and more top-rated prospects venture to the state to play for elite prep schools that make up the best prep school circuit in the country. One prospect that has emerged early in the recruiting process is Dream City Christian Prep's talented and skilled 6-foot-9, 215-pound sophomore forward Jovan Milicevic. A native of Serbia, Milicevic is a unique prospect with excellent size and a fundamentally sound skillset. This week, he received his first Division-I offer from a PAC-12 program.

With no offers currently to his credit, and with many Division-I college coaches in attendance this week for Dream City Christian's workouts, Milicevic took advantage of his opportunities and played very well in each workout. Milicevic's ability to shoot the basketball with consistency from longer ranges, and also put the ball on the deck and finish from mid-range or while driving to the basket, caught the attention of University of Oregon - enough for Milicevic to receive his first division-I offer from the Ducks.

This should become the first of many Division-I offers for Milicevic, who is a mere member of the 2024 Class. Only a sophomore prospect, Milicevic is currently ranked among our elite prospects in the class and will only continue to improve a great deal over the next few years. He has some upside as he is still maturing physically, even though he is very fluid offensively. Competing daily with the elite talent that he is teamed up with at Dream City will also benefit him a great deal.

Milicevic plays like an international-born player, as he has a pure shooting stroke with unlimited range. He has a quick release on hsi shot and is able to get his shot off quite well against quick defenders. He also can post up and shoot over defenders and has a very advanced feel for the game, which allows him to see cutters and find the open man on the floor. He is a good ball handler for his size, and has good overall versatility as a player. He is a solid rebounder but should improve in this area a great deal over time, as he mature physically and gains more explosiveness. A solid team defender that will also need to focus on this area to maximize his potential as a player and as a prospect.

Last season as a freshman, Milicevic played sparingly, but saw a lot of minutes late in the season on The Grind Session due to injuries for his teammates. This season, while a top-rated young prospect, Milicevic will play as a back-up on a very loaded roster filled with high-major Division-I talent. Either way, college programs realize his true potential as a player and will be in hot pursuit of him over time.

I will continue to follow his recruitment and progress as a player and prospect closely, and bring you more recruiting updates as they continue to develop.