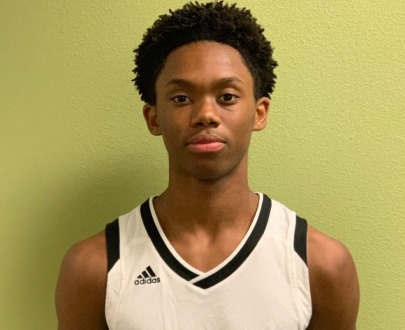 The AZ Compass Prep program retooled in a major way over the off-season and will return with one of the country's most talented prep lineups in the country this season. While the team is absolutely loaded this season, one of the program's most gifted and talented prospects will be 6-foot-5 junior guard Josh Primo. A recent native of Huntington, West Virginia, and originally a native of Canada, Primo transfered from Huntington Prep, and now invades the state of Arizona and becomes one of the elite prospects in the West for the 2021 Class.

While the Compass program was very excited to land each of the new prospects they landed this summer, and there were many, the coaching staff was most excited about landing Primo to an already loaded team of prospect for the upcoming season. Primo is an absolute talent that possesses serious explosiveness as a player, and a nice overall skillset that allows him to make plays for himself and others, in very nice fashion. Primo is an excellent slasher and finisher as well, with a pure shooting stroke that advances out well past three-point distance. He is electric in the open floor and is a very attractive offensively talented performer that will have many college programs looking to do anything to land him.

Currently, Primo has offers from Alabama, Cal, Ohio State, TCU, Creighton and Akron - a very quality list of college programs considering he is just entering his junior season. He has had many high major programs in to see him this month, including such schools as Georgetown. Look for Primo to pick up major recruiting steam during the prep season on the Grind Session, and receive many more division-I offers this season, as he is a rare athletic guard talent and is very appealing to the eye as a college prospect.

Primo will team up this season with such elite-level talents as junior guard Frankie Collins and very promising junior forward Maxwell Lewis to give Compass Prep (3) high-major talents in their starting lineup this season, which will make them a very appealing team for college programs to observe this season.

I will continue to follow Primo as a player and as a prospect, and I will bring you updates on his college recruitment as it develops.

Arizona Hoop Review Scouting Report: Primo is an electric guard prospect with good size and length, and a very live body that is explosive. He is a very good shooter with unlimited range on his shot, which is a nice looking jump shot. He is very skilled and an offensive talent that can create his own shot for himself. A very good slasher and open court player. A skilled ball handler but is at his best as a scorer, where he is able to playmake. Capable of playing the point position at times within the offense, and needs to focus on this area of his game over time to maximize his potential as a player. A good passer that sees the floor. A quick defender that plays passing lanes and puts pressure on the defense. Would like to see him focus more in his one-on-one defensive abilities. A good rebounder that pushes the ball on the break. A fundamentally sound guard prospect with a live body that should garner loads of high-major D-I recruitment.