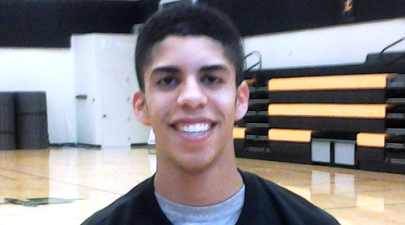 Perry High School’s talented 5-foot-10 rising junior pure-point guard prospect Jordan Howard is a soaring talent that burst onto the high school basketball scene during his sophomore season.  While Jordan and his family are very well-known in basketball circles around the state of Arizona, this version of the Howard family took his game to another level in his sophomore season.

As a junior, Howard continued his terrific play and blew up within the state of Arizona - averaging an eye-popping 25.6 points per/game and being selected among the 2013 Arizona Preps All-Arizona Team and also as our runner-up for our Arizona Preps Player of the Year.

As a result, Howard has also began to see his college recruitment begin to take off.  After receiving scholarship offers from Weber State, Boise State and Grand Canyon, Howard now has an offer from UC-Davis.  Howard received the offer from UC-Davis this week.  With the skillset of Howard, he will now look to gain much more attention over the spring and summer.

Howard is currently playing for Team Power Basketball Academy throughout this spring and summer, and is on a very talented team of players which includes Corona's Casey Benson and Connor MacDougall (Arizona State commit), and also Highland's Jake Toolson (BYU commit).  While Howard is currently hurt (ankle) and will not play this weekend in Vegas, he has already proven his value to this year's Power team.  Howard is the Power team's best shooter and penetrator with the basketball.

Howard is a pure-point guard prospect and a floor general with an excellent handle of the basketball and a strong feel for the game.  He makes players around him better and enjoys setting up his teammates for scoring opportunities – a terrific attribute for a point guard prospect.

Arizona Hoop Review Scouting Report:  Howard is a pure-point guard prospect and a floor general with an excellent handle of the basketball and a strong feel for the game.  He makes players around him better and enjoys setting up his teammates for scoring opportunities – a terrific attribute for a point guard prospect.  He sees the floor very well off the dribble and is able to make passes while in motion to the open man on the floor, while also being able to score the basketball effectively and efficiently when he feels he needs to.  Jordan is an excellent penetrator and loves to have the basketball in his hands, which makes him difficult to defend one-one-one, as a result of his herky-jerky movement off the dribble.  He has a nice shooting stroke with excellent range on his shot, and also has a very quick release – allowing him to get his shot off quite well.  Also capable of scoring off the dribble and in the lane over bigger defenders, which he uses a variety of floaters to make plays in the lane.  Also a very good defender with excellent lateral quickness.  He is able to turn his man, while also playing passing lanes and creating deflections.  As Howard continues to mature physically, he will need to add more size to his small frame to absorb contact from bigger defenders at the collegiate level, but he has time.  natural physical maturity will allow him to reach his maximum potential as a player.  A nice looking point guard prospect that can score or playmake.  Has an excellent smile and a great attitude on and off the floor.