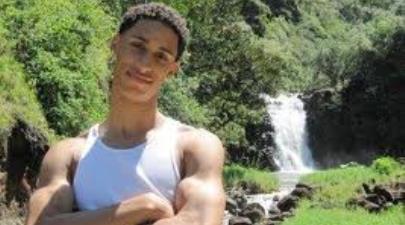 Didier would play as a freshman for the division-I program, before red-shirting last season in his second year at the school.  After sitting out what would have been his sophomore season, Didier has now landed at GCC where he will play for a talented Gauchos' team this season, in an attempt to rejuvenate his career.

The skilled post prospect has already shown excellent promise in early workouts with the team, and recently was selected among the top overall junior college prospects in a recent junior college showcase event held in Las Vegas in late July.

Didier raised his recruiting stock in his last two spring and summers while competing with the Arizona Magic club program, and helping lead the program to numerous big victories and top tournament finishes.

Didier is a talented post prospect that will see major minutes next season at the 4 and 5 positions on the floor, while Coach Lopez also believes that Didier is skilled enough to also see some time this season as a small forward.

Didier looks to be among the most talented prospects in the ACCAC this season, and should garner loads of recruiting attention in a 2014 class that lacks many post players in the West.  Didier has also added some good size and physical strength over the past two years of college basketball, and so this season will be a defining year for the talented post prospect.

Arizona Hoop Review Scouting Report: While Didier stands 6-9 in heigth, he is capable of playing both forward spots on the floor.  Didier is a very versatile low post performer that has good skillsets on the perimeter, capable of stepping outside and shooting the basketball from 15-18 feet with consistency.  He possesses a very soft touch from the outside, and is even capable of putting the ball on the floor and getting to the basket as well.  Defensively is where Didier could become a force, as he is very long and rangy of body.  He has good lateral quickness for his size and should become a better rebounder and shotblocker as he continues to develop, although he needs to continue to focus on this srea of his game to maximize his potential as a prospect.  He has struggled defending bigger, stronger players in the low post, so toughness will be a key factor in his college recruitment.  Didier's best attribute though is his tremendous personality and basketball IQ.  A very mature young man, Didier speaks very well, and carries himself in a mature manner.  Needs focus on the basketball court to reach his full potential.  Has some upside.