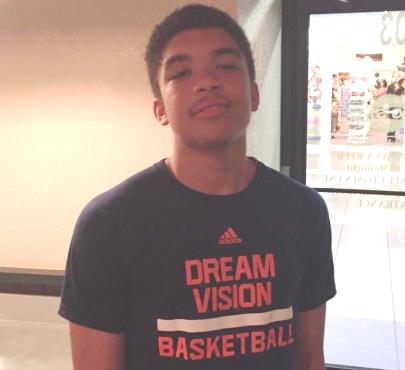 After venturing to the state of Arizona from the state of Chicago just months ago, 6-foot-3, 185-pound junior guard Jaylin Fleming had a tough time getting going.  After first looking to attend Hillcrest Prep Academy and compete on the school's national high school team, Fleming found himself looking for a school just months later.  Now after a semester has passed, Fleming has found hismelf at Arcadia High School in Phoenix, Arizona where he has picked up his basketball career.

It has been a very difficult ride for Fleming as he has had to pick up his basketball career in another part of the the United States, but only after having a very storied career in Chicago.  As a mere 7th grader and a top-rated national middle school prospect,  Fleming was regarded as the nation's #1 rated prospect in the 2018 class as a youngster.  As a youth in the south side of Chicago, Fleming developed an ability to become a wizard with the basketball in his hands at a very young age - making guest appearances on such top-rated talk shows as Jay Leno (NBC) and also The George Lopez Show.  Fleming was regarded as the nation's top prospect in his class for several years.  As a result of his youthful exploits, he received serious national attention by the nation's elite basketball scouts, and also was one of the nation's most viewed prospects on You Tube - receiving millions of views worldwide.

After developing his game at Mount Carmel High School in Illinois for two full seasons, Fleming and his father John Fleming decided to make the move to the state of Arizona.  After things did not work out successfully at Hillcrest Prep, Fleming found himself at Arcadia High School - a major cultural change for himself on the West Coast.  As a result, Fleming has had to change his mindset from playing for a national high high school team to playing for a local high school team without a national schedule.

Fleming has had to make the best of it as well, and now he is looking to make a new home in the state of Arizona.

Thus far this high school season, Fleming has averaged 8 points and 3 assists per/game, while getting acclamated to his new surroundings.  It has been a challenge for Fleming but he is now getting adjusted.

Fleming is a pure-point guard prospect that loves to run a team and get other players on the team involved.  Fleming has a strong handle of the basketball and a nice feel for the game.  A bigger guard prospect, Fleming can create scoring opportunities off the dribble for himself or his teammates.  He also plays with superior confidence, since he has played with and against the nation's best talent for many years.

Fleming is a very well-mannered and disciplined young man with a very strong belief in God  - all of which fuels him daily to work on his game 2-3 hours every day.  Arizona kids can take a nice lesson from such a young prospect.

Currently, Arcadia High School is off to an excellent start to the high school season, with an impressive 11-1 overall record on the season.  Arcadia has won their last 9 games on the seaon, and will next face Gilbert High School on December 26th, after the holidays.

Now happy and content while playing for Arcadia High School, Fleming is looking to help the Titans to a strong season, and also looking to make his claim as one of the top overall 2018 prospects in the state.  This young man has been through a lot in a short period of time, and I expect him to make a name for hismelf quickly in the state of Arizona.