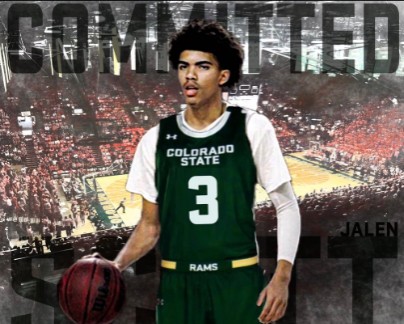 Last season, Scott averaged 12 points, 6 assists, 5 rebounds and 2.4 steals per/game for a very talented Paradise Honors HS program that finished with a nice 22-6 overall record on the season in the 3A Division.

Scott has been a top performer in numerous previous Arizona Preps' sponsored events, such as the Southwest All-American Camp and also the annual Arizona Preps Fall Showcase. I was very impressed each time I evaluated Scott's performance, as he has consistently displayed an ability to handle the basketball and make players around him better.

Making plays for others seems to be Scott's best asset also, as he is very smooth as a player and makes the game look easy as a result.  He is still very young as a rising senior prospect physically, but he has a unique knack of playing the game, which looks as though he works hard on his craft. As he continues to mature physically, he should develop very nicely over time.

"It’s a blessing being able to say your going to college for free for something you love to do," Scott said. "I chose them because it was an opportunity I could’ve missed out on."

"He's a pass-first, selfless old-school kind of guard," Paradise Honors HS Head Coach Zach Hettel said. "Elite passer and great athlete. Very smart player and a kid who is going to get a chance to make an impact right away."

Congratulations to Scott on this tremendous accomplishment, and also to the Paradise Honors HS and Under Armour Elite club basketball program from our Arizona Preps' staff.

Arizona Hoop Review Scouting Report: Scott is a bigger point guard prospect that is still growing a great deal.  He could grow a couple more inches over the next few years, and if he does grow and adds some serious size and strength to his thin frame over time - look out.  Scott has the type of frame and body type that only should allow him to develop at a nice rate. His best asset is his feel for the game, which allows him to handle the basketball in the open floor and find the open man, while also pushing the basketball up the floor and putting pressure on the defense.  Scott also plays with a nice pace to his game in the halfcourt set. A very good shooter with excellent range on his shot, and a unique ability to make and create shots for himself and others. An excellent defender that plays passing lanes. Has a very good handle of the basketball. A very good all-around guard prospect with upside.