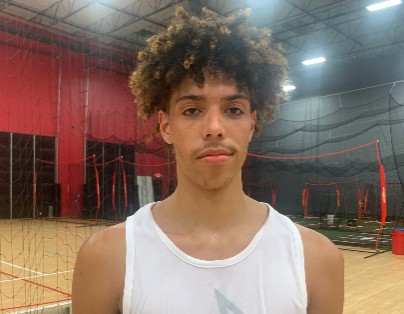 After leaving Chandler High School during his senior year to play for AZ Compass Prep, 6-foot-8 senior wing Isaiah Brody had a senior season that worked out much different than he expected. After being pegged to have a monster senior season for Chandler, where he would rank among the elite overall prospects in Arizona's 2021 Class, instead, Brody spent his senior season as a role player for one of the elite high school programs in the country. While it was definitely challenging for Brody, it has all worked out in the end, as Brody recently made his college decision to attend Jacksonville University (FL).

After mulling over his options for college for some time. Brody had considered numerous options for himself for next season, but will now to take his game and future to a program in the ASUN Conference - giving a verbal commitment to new Head Coach Jordan Mincy and his coaching staff.

Brody had considered numerous options for himself, including a post-graduate year or junior college. Brody's senior season will prepare him nicely for his collegiate future, as he worked very hard all season to improve his academic situation to qualify academically for college. He also learned what it takes to be a great teammate and role player for the betterment of the team - a rare quality learned by today's top student-athletes. The life lessons and sacrifices made by Brody during his senior season, will suit him very nicely over time, and will make a tremendous difference in his life.

As a prospect, Brody is an absolute steal for Jacksonville, as he is a long, rangy wing prospect that is able to play as a bigger guard or wing prospect. He has a high skill level and is able to make plays for himself and others off the dribble at a high level, as he plays with a good motor and looks to be aggressive offensively with the basketball. He is a very good ball handler and is able to play as a lead guard within the offense, and also has very good court vision and is a playmaker. He sees cutters on the floor and looks to get the ball to the open man on the floor, while creating space for the defense with his pure shooting stroke and lengthy range on his shot. He has unlimited range, an attractive aspect of his offensive skillset.

A solid rebounder although I would like to see him focus much more on this area of his game. An active defender that is capable of playing passing lanes, as a result of his length, but needs to focus more defensively over time to reach his potential as an overall prospect. A very good overall prospect with tremendous upside for the future, that could see much higher recruitment for himself.

This senior season, Brody really improved in many intangible areas of his game, as he improved defensively and as a rebounder. Both attributes will benefit him a great deal over time in his playing career.

Congratulations to Isaiah and the Brody family on this tremendous accomplishment from our Arizona Preps' staff, as well as the AZ Compass Prep program.