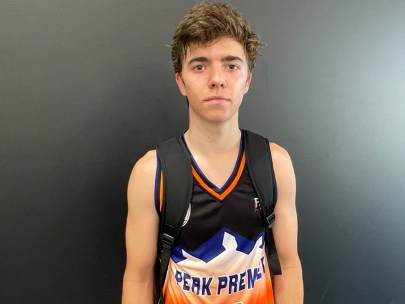 Horizon High School is coming off a good season last year, as the program finished with a 17-10 overall record on the season, and advanced in the 5A State Playoffs before losing to Millennium High School (54-49). The program will lose a lot to graduation next season, but also returns many players with varsity experience. The leading returning scorer next season for Horizon, will be sharp-shooting 6-foot-2, 165-pound rising senior combo-guard Jack Brackmann. Brackmann put up solid numbers in his junior season, and will look to catch fire during his senior season as he is a specialist as a shooter.

Brackmann is what many college programs look for in today's recruiting - a prospect that can shoot the basketball with range and spread the defense. Brackmann is just that - a specialist as a shooter. Brackmann had a breakout season last year for Horizon, but he will be expected and asked to do much more next season for his team, an opportunity that he should relish.

After watching Brackmann perform this spring, he has added some size to his frame and shot the basketball well and with confidence on the club circuit. While he should ultimately land at a smaller four-year college over time, Brackmann could help any team with his ball handling, passing and shooting prowess. He plays with very good confidence and loves the game, which will benefit him as he continues to mature over the next few years.

Brackmann is a point guard prospect that is fundamentally sound, and is able to make plays for himself and others. A guard prospect with a very high basketball IQ and feel for the game, this young man is still very young in age for his grade. He has serious upside as a player. I like his upside, and as he continues to get physically stronger and matures, his game will go to another level. He is an excellent shooter of the basketball with range on his shot and a quick release. He also has an improving mid-range game, which allows him to make plays off the dribble. He is a solid finisher now, and will become a much better finisher in the lane, as he gets stronger physically and matures. He is an strong ball handler and passer that sees the floor very well and pushes the ball up the floor with the pass.

Brackmann will continue traveling this summer with his club program, Peak Basketball Academy.