Horizon Blows Out Central With Huge First Half Shooting Performance 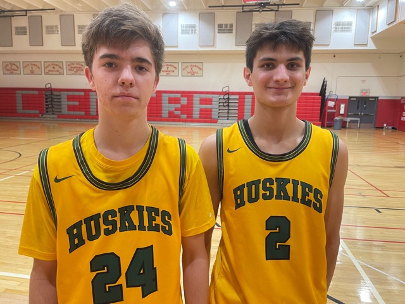 Horizon High School (4-1) is off to an excellent start this high school season, and they did just that on Monday evening on the road at Central High School (1-2), as they got off to an excellent start in the game and would not look back in the contest. From the tip of the basketball, Horizon would begin a shooting exhibition that Central and no one in the gym was ready for, as Horizon would build an amazing 30-point lead in the game's first half, and blow out Central from start to finish - for an impressive 69-30 road victory.

Horizon is a very well-coached basketball team that plays the game the right way, as they compete and play hard, defend the ball, share the ball with each other and absolutely shoot the basketball with superior confidence as a team. Horizon would turn in not only an impressive first half of play, but the best half of basketball I have season this season, as this game was over by halftime.

In the game's second half, and with Horizon doing much of the same to begin the third period, Horizon Head Coach Andrew Doss would take out his starters early in the third period, and allow his other players to get some needed opportunities to play, as Horizon would eventually win the contest, 69-30, in what could have been a much bigger scoring effort, had he left his starters in the game.

Doss is an excellent young coach and he and his staff are hard-working and focused on teaching the game at a high level and the right way. Doss is a product of Northern California and learned from legendary Coach Frank Allocco. Allocco is an absolute coaching legend in Northern California, where he won (17) league championships and two Division-I state championships during an 18-year stint at De La Salle High School in Concord, California. Allocco is currently the Executive Sr. Associate Athletics Director at the University of San Francisco. Doss is a product of his coaching tree and brings a lot of experience and dedication to the sport and his players to the state of Arizona.

The shooting performance on Monday evening was very impressive by Brackmann and Coraggio. Brackmann is a very skilled and unselfish guard prospect with a nice overall feel for the game, and Coraggio is among the best pure shooters of the basketball that I have seen in some time. Each of the young men did not even hit the rim on either of their three-point attempts - swishing their shots consistently in the victory. This Horizon team is a team to be reckoned with in the 5A Division this season, and will have an excellent season for the Horizon basketball program. Their only loss thus far this season was a one-point loss to Basha HS, 39-38, in a coaching battle between Doss and Mike Grothaus, another one of the elite coaches in the state.

Horizon will have a tough week and will face Apollo at home on Thursday (12/2), and then travel to Pinnacle HS on Friday (12/3).