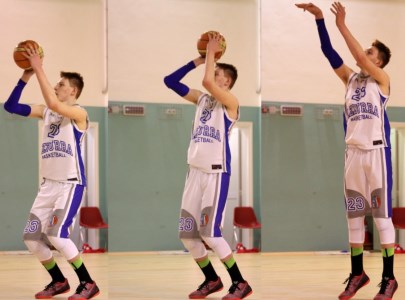 A native of Italy, Agostini came to Hillcrest Prep this fall and will see a lot of time on this year's team in the post.  Agostini will provide serious depth for the program in their frontcourt this high school season, as the team travels on the Grind Session circuit.

Agostini is a skilled stretch 4-man that will hold down the 4 and 5 positions on the court this high school season.  An international born prospect, Agostini can score inside and out and runs the floor very well and is a good finisher in the halfcourt set and also in transition, where he thrives.  He is an active rebounder and a capable shotblocker, and is difficult to defend for opposing post players, as a result of his ability to stretch the floor, where he is a very good shooter with range and a soft touch from the perimeter.  He is a good low post player as well, with good foot work and a good overall feel in the post.

As he matures physically and gains much more physical strength over time, he will be able to maximize his potential as a player.  Agostini should have a very good senior season for Hillcrest Prep, that will need him to perform consistently against strong low-post opposition this high school season.

Agostini joins Dischon Thomas this week as verbal commits for the program.  Thomas verballed to the University of Nevada this weekend.

Agostini will officially sign a national letter of intent with Kennesaw State later this month.