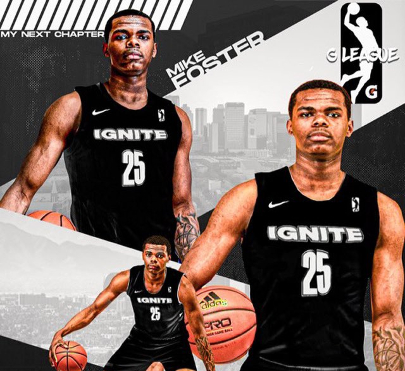 After an illustrious and decorated high school career, Hillcrest Prep’s Mike Foster decides to commit to the NBA's G-League. The 6-foot-10 senior forward prospect racked up multiple accolades, such as nearly (20) Division-I offers, multiple professional offers, leading his team to a 34-2 record and being selected as a McDonald’s All-American in 2021.

Foster is a physical specimen-type prospect who is very strong and looks to bully opposing guards, forwards and centers. He has elite finishing ability and has a high IQ - knowing how to utilize his size, strength and athleticism to his advantage. Foster impresses with his guard skills, as he can handle the ball very well for his size. He also can score at the low, mid and long-range, which makes him a match-up nightmare for opponents.

Defensively, he possesses great awareness, as he has the tools to defend inside and on the perimeter. He has an elite anticipation to block shots or disrupt the passing lanes, which creates transition scoring opportunities for himself or his teammates. Foster cleans the glass well on both ends, as he led his team in double-doubles over his entire high school career.

It is fitting that Foster commits to the G-League, since his progression has spiked up over the course of his career. Foster has shown he can compete at a high level, as he produced impressive numbers against some of the top talent across the nation. He impressed me at the Pangos All-American Festival this winter in Phoenix, AZ. He was very productive in his match-ups against top players like Paolo Banchero (Duke signee) and Chet Holmgren (Gonzaga commit) - utilizing his skills, strength, size and IQ.

Arizona Preps would like to congratulate Mike Foster on a fantastic high school career, and thank him for his accomplishments and contributions to the Arizona basketball community.