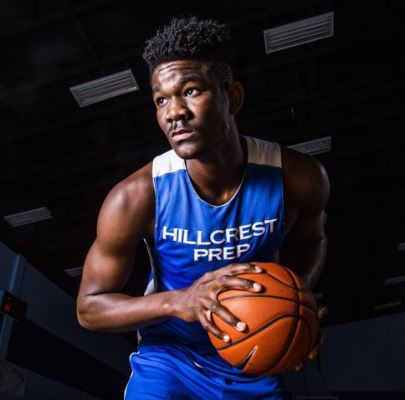 Contrary to what people may think, Hillcrest Prep is flourishing and representing Arizona like no one ever has before.

Hillcrest Preps is the first prep school from Arizona to play on the national stage, competing for a Grind Session National title and playing in the national Hoop Hall West event.

This past season, Hillcrest Prep made it to the Elite 8 in the national tournament - losing to one of the nation’s top programs, Sunrise Christian (Hillcrest had beaten them earlier in the year in Lawrence, Kansas).  Hillcrest also finished the season with an outstanding record of 24-4.

Hillcrest looks to be even stronger this season, as the program will be returning with 3 to 4 different prospects in the ESPN top 100.

Amidst former criticisms regarding their academics, the truth regarding Hillcrest Prep’s academics is that they are in good standing with the NCAA.  Their players take all NCAA-approved courses through Sequoia Choice Precision, or face-to-face courses at Precision High School NCAA Approved Courses.

At the completion of last season, Hillcrest had multiple players move on to NCAA Division-I and Division-II level colleges that are currently eligible for this current season.  A key example would be Arizona’s own, Dontez Thomas, who previously attended Gilbert Christian High School, and came to Hillcrest with academic issues. Hillcrest provided the classes, SAT prep and some after school tutoring.  Thomas landed himself a full-ride scholarship to a top 10 national Division-II program - Fort Lewis.

Hillcrest Prep has been proven to help many aspiring young student-athletes in achieving their goals and aspirations, and has paved the way for many other prep schools not only in Arizona, but on the West Coast.

If you’re looking for a prep school, look no further.   We are proud to have such a program in the state of Arizona.