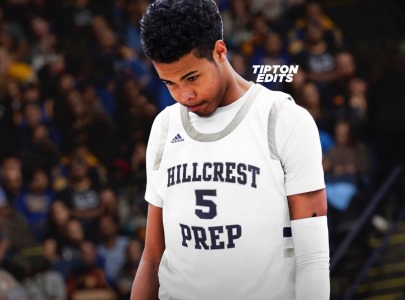 The Hillcrest Prep basketball program has produced numerous top-rated prospects for college programs over the years, and consistently brings in some of the nation's elite talent each year. The basketball program has grown nationally and internationally over the years, and this season the program will put together their most impressive lineup, from top-to-bottom, ever. With many different high-major division-I prospects relocating to the program in Arizona this summer already, Hillcrest Prep recently announced the transfer of two more high-major division-I prospects for this season.

This summer, Hillcrest Prep shocked everyone in the national basketball community when they announced the additions of Mike Foster, the nation's top overall talent in the 2021 Class. If that wasn't enough, they then announced the addition of another top-20 national 2021 prospect, Keon Edwards. Another big-time national talent, Edwards is a sure-fire high-major talent that possesses loads of offensive skillsets and will help give Hillcrest the best offensive lineup in America. Hillcrest also initially reeled in Top-20 nationally ranked 2022 guard Dior Johnson, but Johnson elected to attend Fairfax High School (CA) in Los Angeles instead.

Recently, in more major news that took basketball world by storm, Hillcrest announced the addition of two more high-major prospects, as 6-foot-7, 185-pound senior forward Puff Johnson, the younger brother of Phoenix Suns' rookie Cam Johnson, announced that he would be transferring to the program. Johnson is a high-scoring wing prospect that has narrowed his long list of college offers down two three - North Carolina, Pittsburgh and Notre Dame. Johnson will also help to strengthen a high-powered Hillcrest offensive attack.

Just days later, Hillcrest would announce the transfer of 2022 superstar, 6-foot-9, 190-pound sophomore guard/forward Sadraque Nganga from AZ Compass Prep. A native of Anglola, Africa, and here in the United States on an I-20 clearance, Nganga is currently rated among the Top 30 prospects nationally among national basketball scouts and media for the 2022 class. Nganga currently possesses offers from Arizona State and Oklahoma, and played this spring and summer with Lebron James' highly-acclaimed club program for his son, Lebron James Jr.

The addition of Nganga to an already loaded offensive lineup is tremendous for the Hillcrest Prep program, although the announcement of Sadraque's transfer to Hillcrest didn't do much for relations between Hillcrest and AZ Compass Prep. After speaking with members of the Hillcrest Prep staff, they communicated to me that the move by Sadraque was his own and was not predicated by the Hillcrest Prep program. Either way, the addition of the very versatile Nganga to a lineup that possesses one of the nation's best playmakers in Dalen Terry (University of Arizona commit), and some of the nation's best individual scoring talents, led by do-it-all forward Mike Foster.

Overall, this high school season is shaping up nicely for Hillcrest Prep, who is still waiting to see the what the future holds for star senior guard Kyree Walker. The program advised me that they have numerous televised games scheduled for this season and several that will be nationally televised. It will be a big season for Hillcrest Prep, who has consistently been a leader in Arizona basketball. It will be very fun to watch this team this season, if you can catch them, as this team will play the majority of this season's games on the road.