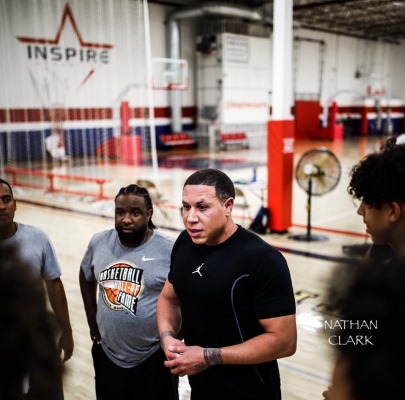 Hillcrest Prep (AZ) looks to be dominant this prep and high school season, as the team will be absolutely loaded with top-notch basketball talent, and has one of the best rosters in the country. Recently, the program went to completely another level as the program handed over the reigns to legendary Arizona basketball product Mike Bibby and his ultra-talented staff of coaches for the season. The addition of Bibby to the program, one of the winningest coaches in Arizona high school basketball history, has made the Hillcrest program look even more different.

It was unclear as to what Mike Bibby would decide to do next, after he decided to leave Shadow Mountain High School this spring, after winning his fourth-consecutive State Championship in a row. Bibby won a state title almost every season while at the helm at Shadow, and so it was time, after last season when Jalen House (Arizona State) and Javon Blacksher (Grand Canyon) graduated from the program, for Bibby to decide on his future and his next challenge. While Bibby is definitely well deserving of an NBA coaching position, and should be sitting on any bench at the high-major division-I level, Bibby has emerged as the new Head Coach for Hillcrest Prep.

While only at the helm for the program for a week now, Bibby and his immense coaching staff have made their impact felt on the Hillcrest Prep team and program immediately, just in time for the program's tremendous and mind-blowing match-up with #2 nationally ranked Sierra Canyon HS (CA) this Saturday, October 26th in California. The game will be watched or attended by just about everyone in the basketball community that can this weekend.

Bibby and his coaching staff are a rare find in high school basketball anywhere in the country, as the list of coaches is lengthy, but everyone has an assignment and is very disciplined in their approach. The strong staff of coaches on and behind the Hillcrest bench include former NBA star Isaiah Rider and also former professional player Alex Scales, as well as many members of the highly successful Shadow Mountain coaching staff. In the program's first game Thursday evening against South Mountain Junior College, the very organized and professional looking coaching staff of Hillcrest Prep was a sight to behold, as it looked much like that of an NBA team. The only high school program that I have ever seen that resembled Hillcrest was Mater Dei (CA), one of the winningest high school basketball programs in America. Hillcrest would earn an easy win over South Mountain JC on Thursday evening, 78-67, as the final score would not tell the story.

"Even though we have a lot of coaches, everyone knows their role," said Hillcrest Prep assistant coach August Mendes, who won 4-consecutive state championships at Shadow Mountain HS with Bibby. "You won't see anyone talking out of turn on the bench either. We stay disciplined."

The addition of Bibby and his very focused staff to the Hillcrest Prep sidelines will benefit the program a great deal this prep season, as the program will face very stiff national competition all season, and will have (3) different games this season featured on ESPN. Bibby and his staff will focus on defense first, pushing the basketball and sharing the basketball, while playing with a high motor on both ends of the floor. This philosophy is essential to coaching top prospects, as it is often difficult to get a team of all-stars to compete at a high level on both ends of the floor. With the amount of talent that the Hillcrest Prep program will have on the floor this season, led by the play of top-rated national prospect 6-foot-10 junior Mike Foster, 6-foot-8 junior Keon Edwards, 6-foot-10 sophomore Sadraque Nganga, 6-foot-7 senior Dayten Holman, 6-foot-8 senior Donovan "Puff" Johnson, 6-foot-5 junior Dimitrios Strgalinos, 6-foot-8 senior Andre Harris and 6-foot-7 senior point guard Dalen Terry (University of Arizona commit), playing hard, defending and sharing the basketball will take this group to another level - just how high of a level remains to be seen.