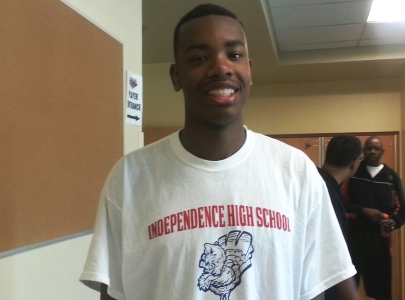 One prospect in the class that continues to improve and climb up the ladder among the other prospects in the 2016 class is Dysart High School's 6-foot-10 rising senior post Malik Ondigo.  While still developing a great deal, Ondigo has developed quickly and has emerged as one of the elite post prospects in the class.

After an excellent spring and summer (2014) for himself, Ondigo showed excellent improvement as a player and became a serious division-I college prospect.  He has continued his development throughout the high school season, and emerged as one of the top individual performers in the state last season.

As a result of Ondigo's strong development as a player, he has generated some serious college interest, as numerous schools are now taking notice of him.  Many more scholarship offers should begin pouring in for the developing post prospect over the next year.

Here is a new highlight video of Ondigo from the spring . . .