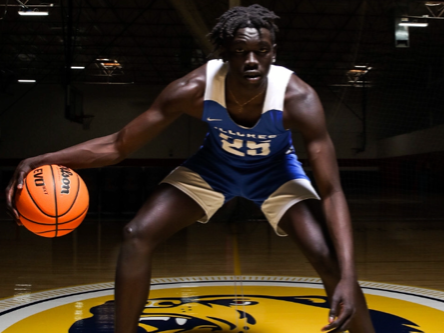 Hillcrest Prep has done it again - landing one of the nation's top overall prospects to their program. Hillcrest Prep has announced the addition of 6-foot-8 freshman wing Omaha Biliew, a native of West Des Moines, Iowa. Biliew is currently rated as the nation's top overall prospect in the 2023 Class, and will now team up with a loaded group at Hillcrest that includes 6-foot-8 junior forward Michael Foster and 6-foot-7 junior Keon Edwards (DePaul commit).

Biliew is a tremendous physical talent for a 2023 prospect, as he possesses excellent size, length and athleticism combined with a serious skill level that allows him to handle, score off the dribble and shoot the basketball with a nice overall skillset. He is able to play as a guard or as a wing with the basketball in his hands and also make plays for himself and others. Coming from Iowa, he has been well-coached and understands how to play and impact the game on both ends of the floor. He runs the floor extremely well and is an excellent finisher in the open floor.

Here is a highlight video of the nation's top 2023 prospect that will now play for Arizona's Hillcrest Prep . . .