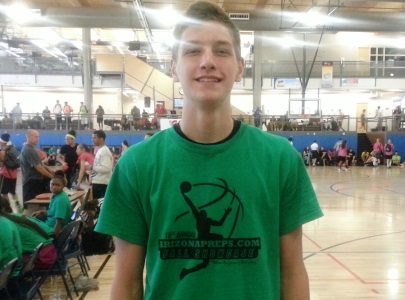 One of the top overall prospects in Arizona's 2016 class is 6-foot-7 junior wing Brock Gardner of Tri-City Christian Academy in Chandler, AZ.  After a stellar junior season where he did it all as a player for his team and put up tremendous numbers on the season, Gardner has received some serious recruiting interest for himself.

While playing for a smaller high school program that does not compete against many of the state's best teams, it is much more difficult to gain recruiting attention.  Gardner has been the answer throughout his high school career, as he has simply put up ridiculous numbers for himself - enough to gain attention from many college programs across the country.

Here is a highlight video of Gardner's junior season, showing why he dominated his opponents this past high school season . . .

Brayden Barrett Coming Into His Own

Cody Williams Rising To The Top

Styles Phipps Goes To Another Level