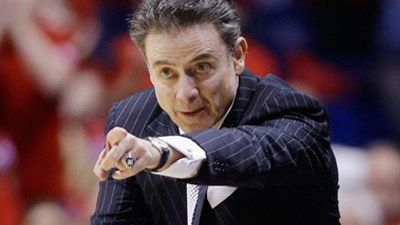 Westwind Prep Academy's superb 6-foot-4, 180-pound senior guard prospect Lyrik Shreiner completed shocked the state of Arizona and now the country this past weekend when he poured in an Arizona high school basketball state scoring record of 65 points.  The scoring outburst came this Saturday afternoon in a 133-53 blowout victory over The Orme School.

What was most impressive in the scoring outburst was Shreiner's efficiency, as he connected on 26 of 27 shots in the game - an unreal and completely efficient performance.  Shreiner's scoring performance broke the state scoring record set by former McClintock HS graduate and current University of Georgia 6-foot-6 sophomore forward Cameron Forte.  Forte scored 61 points in a regular season game in 2011.

"I am not a gunner,  so it was amazing," said Shreiner.  "I am an efficient player that takes good shots and trys to get my teammates involved in the flow - I had 18 assists in a game this year.  It just seemed like I couldn't miss."

Shreiner, who also pumped in a team-high 24 points in his team's recent narrow road loss to top-rated Findlay Prep HS (NV), has been an unheralded prospect in the state of Arizona for some time, as many Arizona prsopects are, but now his college recruitment has completed changed for the better.

"I have worked so hard since middle school to be a complete player," said Shreiner.  "I have earned this opportunity.  I will outwork anybody."

Shreiner has sacrificed his personal life and even family to work on his basketball craft over the years - overcoming many obstacles personally, socially and financially to develop as a player and as a person.  Shreiner is now focused on his immediate futur, which has now taken a dramatic improvement in the past few days.

While I was interviewing Shreiner on Monday evening, he was also notified that an assistant coach from the University of Kansas would also be contacting him this week as well.

According to Westwind Prep Academy head coach Nick Weaver, Shreiner is also currently hearing from UTEP, Washington State, Boise State, Louisiana-Lafayette, Portland State and North Texas.  Shreiner has quickly developed into one of the hottest unsigned 2014 prospects in the West.

This week has been a blur already for Shreiner, who stated to me that he will simply keep his focus and continue working hard.

No Arizona prospect has helped themselves more this high school season than Shreiner.  After deciding to transfer from Glendale High School for his senior season to Westwind Prep, Shreiner has elevated his game, and, as a result, also elevated his college recruitment as well.

Shreiner has soared well below the recruiting radar for sometime, even though he is a nice talent that I have spoken about for the past 2 years.  While possessing excellent athleticism as a player and an excellent overall academic profile, the senior shooting guard prospect is just now coming into his own as a college prospect.

This past spring and summer, Shreiner had a strong performance while playing for his club program – the Arizona Magic Pump N’ Run-2014 team.  Shreiner played well within himself and became a very good teammate on a well-balanced team of Arizona prospects – leading the team to two tournament championships.  Shreiner also came up big this fall in this year’s Arizona Preps Fall Showcase, where he showed very good aggression and a high-level ability to compete.