Girl’s Discovery Camp Lines Up Next Best In AZ 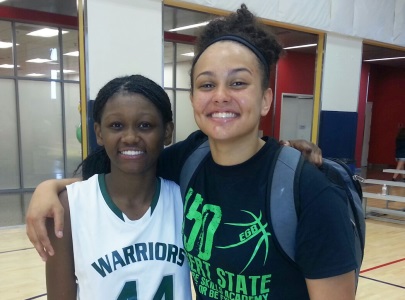 Phoenix, AZ – The Southwest Showcase Girl’s Discovery Camp was directed by Ron Coleman and was held on Saturday, March 8th at Phoenix College.

A solid group of girls basketball players in the Class of 2017 & 2018 were in attendance. Players participated in drills, running an offense, a three point contest, free throw contest and played in two showcase games.

“Some of the best girl’s in the state showed up today, great turnout and everyone got a chance to showcase their skills in front of the scouts that showed up, they get player names out to college coaches in which this helps begin their recruiting process”, said Coleman.

If there was a top player in Arizona or who wants a chance to be ranked, this was the place to be.

Now it’s time to break down and name in Ranking order, my Top 10 Prospects of the day.