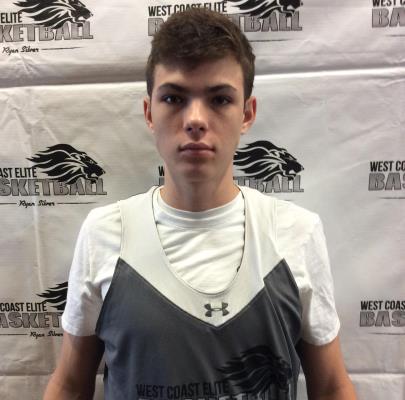 One of the top available prospects in the 2018 class is former Hillcrest Prep and current Williston School's 6-foot-5, 190-pound prep wing Garrett Sullivan.  Sullivan is a very athletic and skilled wing prospect with a strong ability to play the game, and is a big-time sleeper prospect this late in the recruiting period.

Very seldom do you find prospects that are still worthy of division-I recruitment this late in the recruiting period, and are not currently getting that level of recruitment, but Sullivan is definitely one prospect that is.  Sullivan is a post-graduate prospect that is very talented overall and has good overall toughness as a player.  After starting his high school career at Brophy Prep in the valley, he furthered his playing career for a loaded Hillcrest Prep program for two seasons, before moving to the East Coast to attend Williston North Hampton Prep - one of the top academic schools in the country.

Sullivan is a bigger wing prospect that is capable of playing either as a 2 or 3, respectively.  He is an excellent shooter of the basketball, and has very good athleticism as well.  Any college program looking for shooting, toughness and an athlete - look no further.  Sullivan fits the bill.

Currently, Sullivan is playing this spring on the East Coast in exposure events, and is playing this weekend at the Hoop Group's Spring Jam Fest, and has played very well over the past week.

Currently, Sullivan has several division-II offers and has generated interest from numerous division-I programs this season, but has yet to reel in an offer.  Simply because no division-I program has made the commitment to him, he has not seen much more division-I recruitment as a result.  When one schools steps up, more should follow.

I will continue to follow the college recruitment of Sullivan closely this spring, and bring you updates as they continue to develop.

Here is a highlight video of Sullivan - displaying why I believe he is a definite division-I prospect and worthy of recruitment late.  One of the better sleeper prospects still available . . .