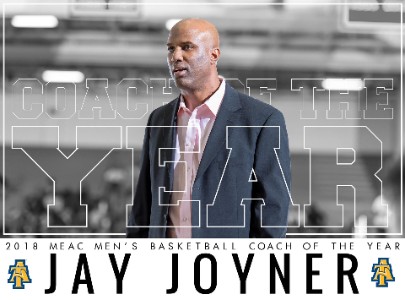 The Basketball Academy will be provided for individual prospects (Boys & Girls), and will be limited to 50 Prospects per/session for boys and girls (Ages 13 to 18).  The Basketball Academy is the first academy of it's kind in the state - designed to provide players and parents invaluable information on how the college basketball recruiting process operates, and how to understand the unknown recruiting process, while teaching advanced skills training in the process.

Each Academy will be operated by a past or present NCAA College Coach, and will be held at various high schools around the valley by request of the high school program.

Arizona Preps is proud to announce that former North Carolina A&T Head Coach and MEAC Coach of the Year, Jay Joyner, will be joining the Arizona Preps' staff to participate in the monthly Arizona Preps Basketball Academy's that will now be taking place around the state. Joyner will be a featured guest speaker and skills trainer for future Academy's.

Joyner was named interim head coach for North Carolina A&T in 2016 after the resignation of Cy Alexander. Under Joyner, the Aggies closed out the 2015-16 regular season with a 5-4 record overall and a 5-3 mark in the Mid-Eastern Athletic Conference. After a tough season in his first full season as the Aggies' Head Coach, Joyner first spearheaded one of the best turnarounds in Division-I history, before following up with a 19-win season that included a second-place finish in the MEAC during the 2018-19 season.

Joyner accomplished another feat that had not been achieved in a long time when he was named Coach of the Year in the MEAC Conference, following the 2017-18 season. He became the first N.C. A&T men’s basketball coach to earn the award since Don Corbett received it after the 1987-88 season. He was also named the National Association Basketball Coaches District 15 Coach of the Year.

Arizona Preps is proud and pleased to have Coach Joyner join our staff, which add tremendous value to the Arizona basketball community.