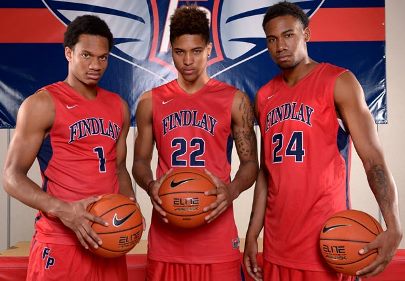 The wait is finally over, in what was the most anticipated match-up of high school basketball opponents in the state of Arizona since 2009.  In 2009, then top-ranked St. Mary's High School faced top-rated and defending state champion North High School in a regular season match-up that North would win in fine fashion.  While Saturday evening's match-up between two-time defending Division-I state champion Corona Del Sol (13-1) and the nation's premier high school basketball program, Findlay Prep (NV), did not feature two Arizona high school programs, the anticipation was much greater.  Corona Del Sol is definitely the class of the state of Arizona and has been flawless this high school season, while Findlay Prep (18-3) was making their first appearance in the state of Arizona - an opportunity for Arizona basketball enthusiasts to catch a glimpse of Arizona's best and the nation's best going at it.

The event took place on day two of this year's first annual Duel In The Desert basketball tournament at the new Rancho Solano Prep School in Scottsdale, Arizona.  The event was again presented by Marc Beasley and Monarch Sports and also the Rancho Solano staff and administration.  Rancho Solano is a new program developed in the state by a much bigger organization that also owns Findlay Prep and numerous other private schools across the country.  As a result of the relationship between the schools, Rancho Solano was able to host Findlay Prep in the state of Arizona over a two-day affair which was well attended by Arizona basketball fans.

In front of a standing room only crowd, something very seldom seen at a basketball event in Arizona, an ultra-loaded Findlay Prep squad took on our state's best basketball program - Arizona's best chance to defeat the nation's premier program.  Findlay had absolutely blown out another of Arizona's premier teams, Pinnacle High School, on Friday evening, and while many basketball enthusiasts in the state had believed that Corona might knock off Findlay Prep, head coach Jerome Williams and his team had other plans in mind.

Corona came into the Saturday evening's match-up riding an extreme level of confidence - rated as the #15 ranked team in the nation by Max Preps.  Looking to bring home the victory, Corona would impress everyone in attendance in the game's first half with their ability to compete with Nevada's dominant program.

In the opening minutes of the game, Corona and Findlay would take their time offensively - looking to feel each other out and see where both might be able to capitalize on an advantage.  The game's intensity and pace would pick up with 4:28 left in the opening period when Corona's skilled 6-foot-3 senior floor general Casey Benson (University of Oregon signee) would advance the basketball up the floor to 6-foot-6 junior forward Dane Kuiper (University of New Mexico commit) for a nice two-handed dunk over a Findlay defender.  The play would ignite the crowd, but not as much as the next big play for Corona by 6-foot-9 senior post Connor MacDougall (Arizona State University signee).

With 1:15 remaining in the first quarter, and while riding a high level of intensity, MacDougall would collect a pass in the post from gifted and superb 6-foot-1 freshman guard Alex Barcello.   With Findlay's tough 6-foot-7, 220-pound senior post Craig Victor (University of Arizona signee) on his back, MacDougall would drop-step toward the baseline then utilize impressive footwork to turn back towards the middle of the lane.  MacDougall would then rise up over Victor and power down a one-handed monster dunk over Victor - electrifying the crowd in attendance.

Findlay Prep would hold on to a 11-8 lead after the first period, and realizing that they would have their hands full on the evening with the Aztecs.

In the second period, future star 2017 prospect Alex Barcello would make his stamp on the game.  While Barcello is among the state's premier young prospects, it was very impressive to see this young man playing so much and with absolutely no fear in such a big game.  Corona head coach Sam Duane Jr. would prove his confidence level in the terrific young point guard and Barcello would answer with superior confidence and leadership for his team.  A driving basket over a Findlay defender early in the second period would bring Corona within 2 points of Findlay, 12-10.

Late in the second period, Corona would tie the game at 22 all, after an assist by Benson to 6-foot-3 senior guard Russ Davis for a three-pointer from the wing.  With 2.4 seconds left to play in the first half, Benson would then drive in the lane and convert a twisting layup after being fouled for a three-point play.  Benson's free-throw would allow Corona to take a narrow 25 to 24 lead into the half.

Similar to Friday evening's match-up with Pinnacle HS, Findlay Prep would get all they could handle in the game's first half.  Findlay possesses so much physical size, strength and length that it is possible for many teams to compete with them in the first half, but it becomes tough to sustain that level of play against them for two halves.  This would be the case again in the second half on Saturday evening.

With 4:45 left to play in the third period, Findlay's stellar 6-foot-7, 205-pound senior guard Kelly Oubre (University of Kansas signee), one of the nation's elite prospects, and Findlay's Craig Victor (12 points) would take over the game.  The play of Oubre (21 points), Victor and 6-foot-8 sophomore forward Justin Jackson would lead Findlay to a huge 25 to 7 run in the second half.  By the 3:30 mark in the fourth period and after a three-pointer by Jackson, Findlay would take a 50-31 lead in the game.

With just seconds left in the game, Oubre would make an extreme exclamation point in the game - driving down the lane around a defender and then powering home an impressive one-handed dunk.  The sheer sound of the thundering dunk would tell the story, and also complete the victory for Findlay Prep, 55-35 - handing Corona their first loss of the season.

Recruiting Notes:  Corona's superb 6-foot-1 freshman guard Alex Barcello had a coming-out party on Saturday evening in his team's loss to Findlay Prep.  While Corona would lose the contest, Barcello would impress with his unique ability to play the game and make shots for his team.  Arizona's 2017 class looks to already be loaded with Barcello, Perry High School's 5-foot-10 freshman guard Markus Howard and St. Mary's 6-foot-1 freshman guard Marcus Shaver.  Look for the University of Arizona to begin to get involved with each of these top-rated prospects.