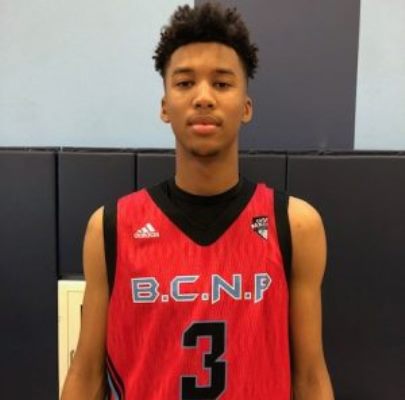 Robinson is a long, and lengthy combo-forward prospect that is still growing a great deal.  No matter how tall he grows to be, Robinson looks like he will only continue to play the wing position over time.  He has tremendous versatility as a player and is capable of scoring inside and out.  Robinson's length allows him to block/change shots consistently as well - making him a capable imposing defender on the floor.   He also rebounds outside of his area on the floor, another very nice attribute.

Currently, Robinson possesses offers from such schools as Arizona, USC, Texas A&M, Florida State, Illinois, DePaul, New Mexico, UTEP and Grand Canyon already in the early stages of his college recruitment.  Look for many high-major college programs to begin to scour after this young man, as he is definitely an elite-high major division-I prospect.

Here is a nice feature story done on Robinson recently by Kynan Marlin . . .