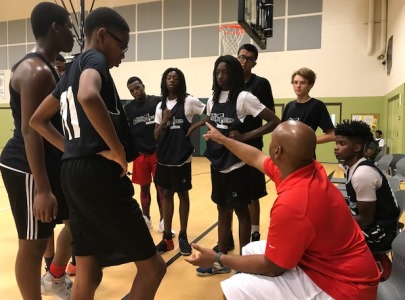 While in year's past, this event was widely recognized around the state and in the West for showcasing and producing the state's top prospects for scouts to observe.  Now, as a result of so many events in the state and the lack of understanding of the difference between each event's importance, many of the top upperclassman prospects in the state often sit out, while many younger prospects utilize the Fall Showcase to make a name for themselves and launch their recruitment opportunities.

The state of Arizona still remains very underrecruited, and there is no reason for any prospect to miss any event that has an opportunity for them to be seen and evaluated, but these days, younger prospects are utilizing this event as a launching pad for their exposure.

We look forward to writing about many of these young men in the next coming days, and also following the careers of many of the young prospects that participated this weekend.