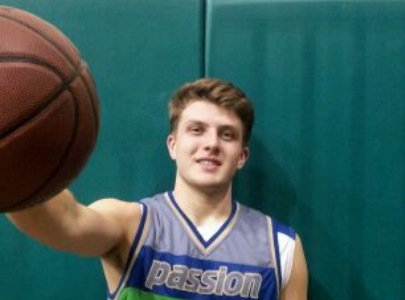 Chaparral High School's tough, hard-nosed 6-foot-7, 220-pound senior post Eric Conklin went through the spring evaluation period with numerous scholarship offers in his pocket from smaller college programs, but Conklin was looking for a much bigger opportunity for himself.  Well, it definitely looks like Conklin got it for himself, as a powerhouse program in the PAC-12 Conference has given Conklin the opportunity he was looking for.

Recently, Conklin was extended an opportunity by University of Arizona Head Coach Sean Miller and his staff to walk on next year's team and be a full member of the Wildcats' program, but without a basketball scholarship.  Conklin did not need an athletic scholarship, since his academics are off the charts and he has academic scholarship money - combined with being a local Arizona product and receiving in-state tuition rates.

Conklin, a pure four-man prospect, was among the top power forward prospects still available in the state.  Before deciding to accept the opportunity at the U of A, Conklin had received scholarship offers from numerous division-II programs, and also strong interest from several different smaller division-I programs, including a few programs from the Ivy League and Patriot League.

Conklin has had a very consistent high school career, as he has produced each of his three seasons at the varsity level.  This season, while leading his Firebirds to a 22-8 overall record on the season amongst the Division-I Class, Conklin averaged 12.6 points and 9 rebounds per/game.  In his team’s state playoff loss to Gilbert HS, Conklin came up big for his team in the first half – leading Chaprral to a possible upset.  But after not seeing the ball much in the second half, Chaparral would fall to Gilbert in Conklin’s final game of his high school career.

Conklin is a wide-bodied force inside that enjoys physical contact and also playing on the low block.  Don't worry about this young man playing on the perimeter, he likes playing with his back to the basket or simply getting it done in the paint. Conklin is very tough physically and what he lacks in athleticism, he makes up for it in his physical style of play. Among the top four-man prospects in the class and a very good recruit for a smaller program.

Congratulations and good luck to Conklin in the future from our staff here at Arizona Preps.