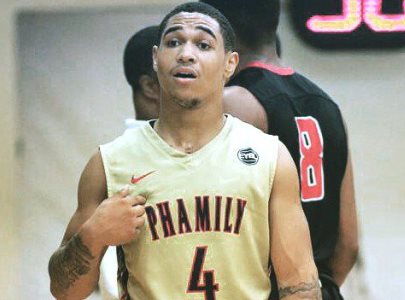 Under the leadership of second-year head coach Gino Crump, the Desert Vista High School basketball program is on the rise.  After a 19-6 season in his first year at the helm and a 6A state semi-final finish, the Thunder will return this up-and-coming high school basketball season with loads of talent.  Recently they received a gift as 5-foot-8 junior guard EJ Jackson enrolled at the school, and will play for the Thunder this season.

Jackson recently enrolled at the school after moving from the state of California to Arizona.  He attended Serra High School (CA) in California last season, where he became a You Tube sensation.  Jackson is a big-time ball handler and passer that has drawn rave reviews from his peers.

Jackson is one of the best basketball sensations on the internet, and has been for several years.  The addition of Jackson will bring a lot of exposure to the Desert Vista basketball program this season, which already has a highlight reel guard in Tyrek Chambers as well.  Jackson played this summer with Nike EYBL Phoenix Pfamily program, and played alongside superstar Duke forward Marvin Bagley.

Jackson is a smaller compact guard with excellent physical strength and a low center of gravity.  He is a floor general on the basketball court and is a tough, hardnosed defender.  He loves to have the basketball in his hands and make plays for others.  He pushes the ball up the floor to the open man.  He is also a solid scorer of his own, but will be a nice benefit to a loaded ball club that will need to make sure the basketball is getting to the right player on the floor this high school season.

Look for the Desert Vista team to be a very fun team to watch this high school basketball season, as they look to bring home a state championship to the program.