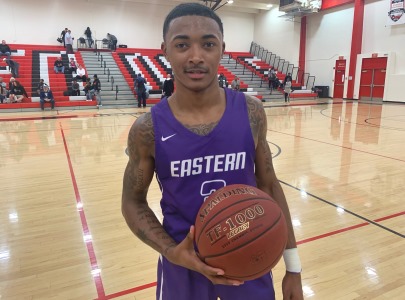 On Saturday evening, Cochise was stunned at home in the playoffs - falling to a very talented and gifted Eastern Arizona JC team that had struggled this junior college season to gain any true consistency.  Eastern Arizona (19-11), amidst a tremendous home-court advantage by Cochise, as a result of their tremendous fan support, would stun Cochise in double-overtime, 102-94.  As a result, Eastern Arizona will now advance to the ACCAC Region-I, Division-I Final game, where they will face Arizona Western JC, again on the road.

Talented and very underrated 6-foot-4 freshman guard Kyle Fischer finished with a game-high 18 points in the loss for Mesa JC.

Arizona Western and Eastern Arizona will now face off for the right to win the division championship, and advance to the Region-I Final on Monday (3/4) @ Arizona Western @ 7:30PM.