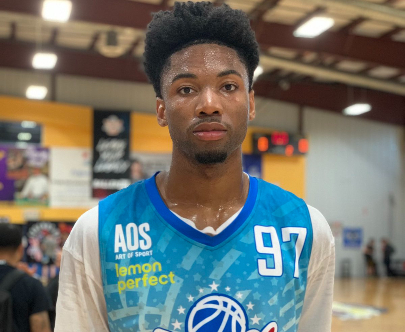 With the NCAA's Fall, Early Signing Period upon us in November, many of the nation's top prospects will be making decisions soon, while the majority of the nation's top prospects will not be signing until the late, Spring Signing Period in 2022. With several of Dream City Christian Prep's top prospects already announcing their respective decisions this fall, another elite prospect in the program could be making his decision soon as well. Dream City's 6-foot-10, 225-pound stud senior post Yohan Traore is among the best overall prospects in America's 2022 Class. After joining the Dream City Christian Prep program late this summer, after a transfer from Prolific Prep in Northern California, Traore brought his talents and high-level of college recruitment with him to the Glendale-based basketball program and could be making his college decision sooner than later, although indications are that he also could wait late to make his decision.

Traore is among the elite overall 4-man prospects in the country. A very athletic, bigger post prospect with a high motor and an ability to rebound very strong and at a high level, and also finish very strong around the rim. Traore runs the floor hard and is a strong finisher, while being an imposing force around the basket. He is a serious talent with the potential to play immediately at the college of his choice, and make an impact at any level that he decides to play for next fall. Traore who moved from France to the United States in August 2020, is also blessed with a 7-foot-3 wing span and 9-foot standing reach. A 5-Star recruit and prospect, Traore is a hot commodity for numerous high-major Division-I programs.

Traore was among the elite overall prospects on The Grind Session last season while playing for Prolific Prep (CA), and also was among the top overall performers at last summer's amazing Pangos All-American Camp, which was absolutely loaded with many of the nation's premier prospects. He is a unique post prospect that is able to play either the 4 or 5 positions on the floor, as a result of his high motor, ability to rebound at a high level, block shots and finish around the rim. He will be at his best as a stretch 4-man at the collegiate level, as a result of his ability to also make shots from mid-range or score in the post.

It will be very interesting to see where Traore ultimately lands for college, and whether he will make his decision during the early signing period, or wait until the late signing period to make his decision. With several official visits already under his belt, it will be difficult for other programs to climb the ladder for his services during the season, but him waiting to ultimately make his final decision could benefit him nicely, as he looks to see what will happen at his respective programs of choice this season and in the spring. Either way, this is a big-time front-court prospect for the program of his choice.

I will continue to follow Traore's college recruitment closely this high school season, and bring you any updates as they continue to develop. He is set to have another big season on The Grind Session this season, but this time for Dream City Christian in Arizona.