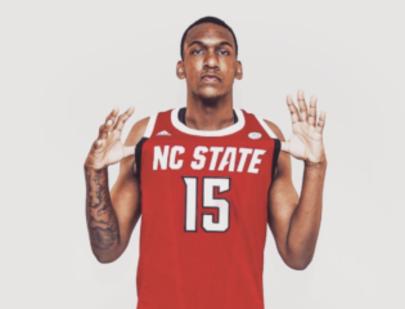 The Dream City Christian Prep basketball program is absolutely loaded this prep school season, and will feature loads of Division-I talent that most basketball enthusiasts in the state have not yet seen, but will marvel at this prep season. One newcomer to the program that will be featured on The Grind Session this prep season is already off the recruiting board. 6-foot-10, 250-pound senior post Shawn Phillips recently decided to transfer to Dream City Christian for his final senior season, and this week, after narrowing down his list of schools, Phillips decided to give a verbal commitment to North Carolina State University.

A native of Dayton, Ohio, Phillips, like many other elite prospects nationally, decided to take his game to the Arizona prep school ranks and play on The Grind Session, alongside the nation's premier 2022 prospect, Shaedon Sharpe, and a nice cast of other highly rated Division-I prospects. Phillips, one of the top post prospects in America's 2022 Class, had already narrowed down his list of college programs to (3) schools - NC State, West Virginia and Ole Miss. This week, Phillips announced his commitment to NC State Head Coach Kevin Keatts and his basketball staff.

Phillips is a highly regard post prospect that was once regarded as a Top 40 national prospect by 247 Sports. Phillips is a wide-body post player that plays big and is a very strong finisher around the basket. He has excellent length on his large frame and is able to finish strong at the rim and over defenders. He relishes physical contact and also runs the floor quite well for his size. A strong rebounder and shotblocker, Phillips also is a good low-post scorer and finisher that plays like a true post player. He has upside still and is developing his overall low-post skills. A nice commit for NC State.

Phillips will anchor a loaded Dream City Prep program this prep season, as Dream City will feature one of the best overall lineups in the country this season. He will sign his national letter of intent with North Carolina State during the Fall Signing Period (11/10 - 11/17).

Congratulations to Philips and his family, and the Dream City Christian basketball program on this commitment from our Arizona Preps' staff, and we look forward to watching him compete on The Grind Session this prep season.