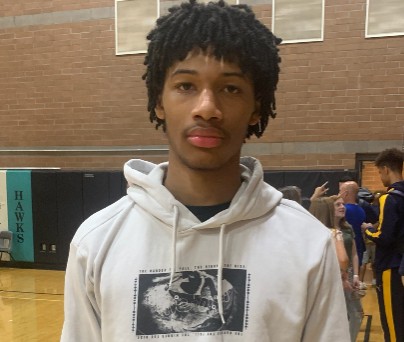 Dream City Christian Prep's star talent, 6-foot-4 junior guard/forward Shaedon Sharpe is a tremendous national talent, and is recognized among the top 20 national prospects in America's 2022 Class. Formerly known as the #2 overall prospect from Canada, Sharpe recently transferred to Dream City Christian, where he is now having a big junior season, and has reeled in numerous elite high-major Division-I offers as of late.

Sharpe came to Dream City Christian via Sunrise Christian High School in Kansas - one of the top (5) high school basketball programs in America. After desiring a better opportunity for himself, Sharpe decided to move to Arizona, as many elite prospects have recently, to play for a very talented Dream City Christian Prep program. Sharpe joined a Dream City lineup that was already sporting numerous high-major prospects. The addition of Sharpe this prep season has given Dream City more star power, and an elite-high major prospect that everyone now in the country is lining up to land.

Sharpe being only a junior prospect still is also very attractive, as the majority of high-major Division-I programs across America are currently recruiting the 2022 and 2023 Classes. He is quickly seeing his recruiting stock soar and picking up steam.

Sharpe's list of offers is absolutely terrific already, as he possesses scholarship offers from Kentucky, Kansas, Illinois, Oregon, Alabama, Xavier, Cincinnati and Creighton. And most college coaches have not yet seen him, due to the COVID-19 pandemic. By the time most college coaches lay eyes on him it will be during the eye of his college recruitment, next spring or summer. Look for Sharpe to garner much more recruiting interest for himself over the next (6) months.

Sharpe is a tremendous talent. At 6-4 in height, he possesses NBA athleticism right now, and is a human highlight reel dunker. He can do things on the basketball court and make plays that most players cannot, as a result of his superior athleticism and ounce off the floor. He is also very strong physically with excellent length of body, combined with a nice overall offensive skill-set. He has a nice shooting stroke with excellent range on his shot, and he uses it to open up his ability to make strong drives and finishes toward the basket. He is superb in the open floor, where is able to fly high above the rim in transition. As he continues to mature, we will see his overall game go to an even higher level.

Sharpe is another tremendous prospect in Arizona's very loaded group of talented prospects in the state, and ranks at the top of a very loaded 2022 Class of performers in the state. I will continue to follow his play and recruitment closely and bring you any updates as they continue to develop.