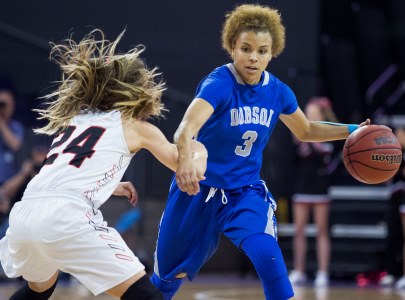 Stahley overcame an early injury to her knee to return in the game Friday evening in the second half, amidst cheers from the Dobson fans.  Stahley would help Dobson (29-2) overcome a 28-23 halftime lead by Liberty (28-4) to win the game, 59-52 - advancing to the state championship game.

Dobson last won the state title in 2010, when they were led by the play of current University of San Diego guard Katherine Hamilton.  Dobson will look to win it again this year behind the play of Stahley.  Stahley's health is still uncertain, as she suffered a sprained knee in the game.